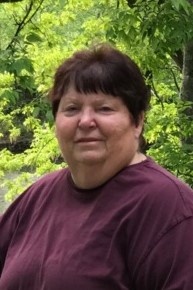 Born in Detroit, Michigan on October 5, 1949, she was the daughter of Alvin and Ruth (Marlow) Bowman.

Barbara and her husband, Douglas Davidge, had lived in Woodhaven before moving up north to Atlanta.   After her husband’s death in 2013, Barbara moved to Petoskey and later to Gaylord.

She did hospital secretarial work for many years and later worked at Walgreens in Petoskey.

She was also preceded in death by her parents and a brother and sister-in-law, Donald and Barbara Bowman.

In keeping with her wishes, her family will remember her privately at a family gathering.

To order memorial trees or send flowers to the family in memory of Barbara Jo Davidge, please visit our flower store.