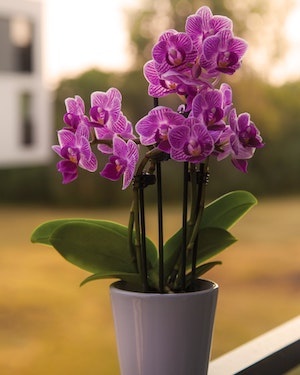 Barbara (Barb) Ann (Hoefling) Pratt, 76, of Mackinaw City, MI, formerly Bay City and Hemlock, MI passed away the evening of Saturday, May 29, 2021 after a lengthy battle with vascular dementia. Barb was born in Saginaw, MI on March 29, 1945, second of eight children to Clyde E. and Margaret E. (Wylie) Hoefling, who predeceased her. She was also preceded in death by brothers Robert, LeRoy, Glenn, and Michael, as well as grandson Kyle Pratt.

Barb graduated from Arthur Hill High School in 1963. She met the love of her life, Gary Pratt, and they were married on November 15, 1963. Barb and Gary built a home in Hemlock, MI, where they raised their four children, tended to her outstanding flower, fruit, and vegetable gardens, and hosted many family functions. Barb worked for Meijer store #42 from the time it opened until she retired in September of 2007.

In addition to tending to her gardens, Barb was well-known for her love of quilting and outstanding pie-baking abilities, activities that she parlayed into making a few dollars at the Hemlock Farmers Market. Even with those activities, Barb always found time to do the thing she loved most of all, spend time with her family, especially the grandchildren.
Barb’s memory will be cherished by anyone who knew her, but especially by her family; husband Gary, sisters Linda (Don) Chapman, Gail (Jeff) Ruppel, brother Jack Hoefling, daughter Shelly (Greg) Simmons, son Clyde (Amy) Pratt, and daughters Christine (Tim) Bauer, and Julie Pratt (Fred Lockwood). Barb (affectionately called “Gaga” by her grandkids) is reunited in God’s grace with Kyle, and leaves seven grandchildren to remember her love, Nickolas (Cydney) Lawrence, Meagyn Pratt, Katie Bauer, Jessica Bauer, Morgan Pratt, Ryan Gaiser, and Grace Gaiser.

According to her wishes, Barb has already been cremated and her ashes will be spread during a private ceremony. Family is also planning a private celebration of Barb’s life for late June.
Those wishing to send an expression of love, please consider donating to either the Barb Smith Suicide Resource and Response Network at Barb Smith SRRN, P.O. Box 6712, Saginaw, MI 48608, or the McLaren Home Care and Hospice-Cheboygan, 761 Lafayette, Cheboygan, MI 49721.

Barb’s family would like to send special thanks to Justin Grifka, NP and his staff of Auburn, MI, McLaren Home Care and Hospice of Cheboygan especially RN Doug, Chaplain Diane, and aides Christy and Marcie, and finally Homejoy of Cheboygan and aide Cindy.

To order memorial trees or send flowers to the family in memory of Barbara Ann Pratt, please visit our flower store.