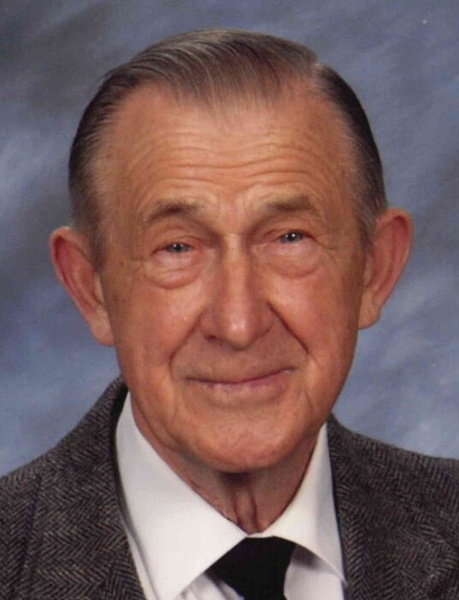 He was born on May 5, 1927 in Dorr, Michigan, the son of Alozy and Helen (Clemens) Wisniewski.  As a young man, he worked on the family farm.  He was drafted in the U.S. Army during World War II, serving state side.  He also served during the Korean War in Korea as a photographer, achieving the rank of Sergeant.

In 1957, he married Elizabeth Iciek, his loving wife for 63 years.  After graduating from Michigan State University with a Bachelors Degree in Building Construction he worked in Lansing, Kalamazoo and Flint, Michigan.  He became Director of Public Housing for the City of Flint, retiring after 25 years of service.  Always active in the building trades, he taught these skills to each of his seven children.

Ben was always active in his church.  He founded the St. Joseph’s Guild at St. Agnes in Flint, restoring and maintaining the building and grounds.  At St. Robert’s in Flushing he and his wife, Elizabeth, started the Respect for Life group.  At age 87, they moved to Gaylord where he supervised the construction of their new home.  In Gaylord, he was a parishioner at St. Mary Cathedral.

He will be greatly missed by all who loved him; his sense of humor, his Polish quips and his example of a prayerful Catholic man.

Those who wish are asked to consider memorial contributions in his memory to the St. Mary’s School Tuition Angel fund or to the Women’s Center of Greater Chicagoland through Gaylord Community Funeral Home.

To order memorial trees or send flowers to the family in memory of Bernard "Ben" Wisniewski, please visit our flower store.
Send a Sympathy Card