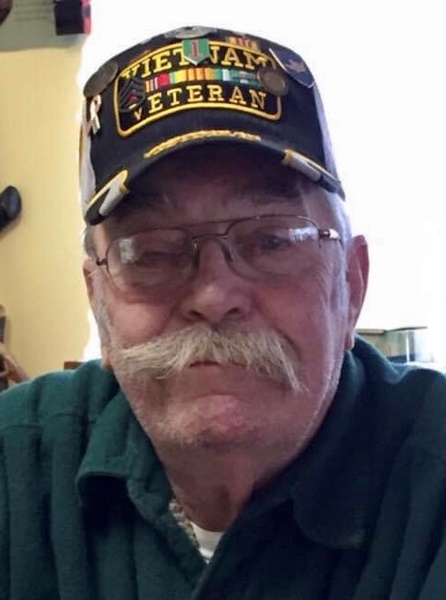 Bernard William Warner, age 76, of Gaylord, Michigan passed away peacefully at his home and went to be with his Savior, Jesus, on August 3, 2020. Bernie was born on January 22, 1944 to Thomas and Margaret Warner in Cheboygan, Michigan. After graduating high school, Bernie joined the United States Army, and proudly served in the Vietnam War. Bernie was promoted to Staff Sergeant and earned a Purple Heart and a Bronze Star while serving in the Army.

Following his military service, Bernie worked as a laborer at Big Rock, and as a truck driver for Total Petroleum. Bernie’s family meant everything to him. Bernie loved and appreciated his daughter, Kim, and through the ups and downs of his life also had the privilege of raising other children as his own. Bernie met his soul mate and married Kathryn in 1997. They loved to laugh together more than anything, came to know Jesus together as a couple, and are members at Johannesburg Christian Church.

Bernie spent his days camping, hunting, performing black-powder reenactments, and attending Rendezvous; and more recently enjoying monthly coffee and donuts with veterans, attending church and volunteering at the food pantry. He will be fondly remembered for his superb story-telling, making people laugh, and his willingness to give anything he had to people who needed it.

Bernie was preceded in death by his parents and his grandson, Trevor Huff.

Funeral services will be held at 1:00pm Thursday, August 6, 2020, at the Johannesburg Christian Church where visitation will take place from 11:00 AM until the time of services. All who knew Bernie remembered his flannel shirts. Visitors are welcomed to wear their favorite flannel in honor of Bernie.

Arrangements are by Gaylord Community Funeral Home & Cremation Service. Please share your memories and personal messages with the family at www.gaylordfuneralhome.com

To order memorial trees or send flowers to the family in memory of Bernard W. Warner, please visit our flower store.