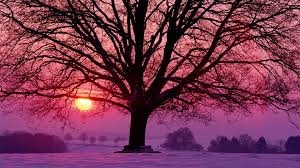 Carmen Elaine (Ward) Leese, 82 of Wolverine, passed away on Monday, January 11, 2021 at Boulder Park Terrace in Charlevoix after a long illness.

Carmen was born on July 17, 1938 on Five Mile Creek near Harbor Springs.  Her parents were Carlton and Janet (Garver) Ward, both of whom preceded her in death.  She grew up in Harbor Springs and graduated from Harbor Springs High School.

She lived her adult life in Wolverine where, for several years, she volunteered at Wolverine Community Schools.

In addition to her parents, she was preceded in death by her brother, Gary Ward; her grandson, Nicholas Leese; and her son-in-law, Ronald Mattson.

In keeping with her wishes, her family will remember her privately.  Those who wish are asked to consider memorial contributions in her memory to the Alzheimer’s Association.

To order memorial trees or send flowers to the family in memory of Carmen E. Leese, please visit our flower store.