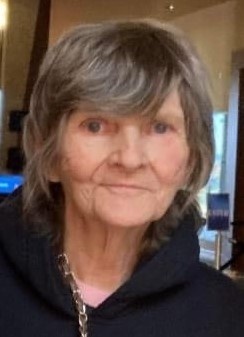 Carol Sue Reynolds, 72 of Gaylord, passed away peacefully at home surrounded by her family, on Saturday, July 2, 2022, after a long battle with cancer; she was a fighter to the end.

Born on October 3, 1949, in Morenci, Michigan, she grew up in Adrian and graduated from Madison High School in 1967.

On December 16, 1967, Carol and Mike Reynolds were married in Adrian where they lived and raised their family.  They moved to Gaylord in 2006.

Carol was a homemaker and a loving wife, mother and grandmother.  In her spare time, she enjoyed crafts with her grandkids, reading, shopping at thrift stores, collecting movies, visiting area casinos and camping.

She is survived by Mike, her husband of 54 years; her children, Sam Reynolds, Mike (Tonya) Reynolds, Tammy Curtis and Lori (Jeff) Schermerhorn; 12 grandchildren, Brooke, Bob, Amber, Sammy, Tyler, Seth, Kourtney, Bryce, Destany, Deven, Britany and Deegan; 16 great grandchildren and one great, great grandchild; her bonus sons, Joel Middleton and his children, and Carl Elizardo; and many nieces and nephews.  She was known to many as Ma Reynolds or Grandma.  Carol was preceded in death by her parents, Mildred Meyers and Samuel and Elna Jardine; five brothers; and one sister.

Funeral services will be held at 2:00 PM Saturday, July 9, 2022, at Gaylord Community Funeral Home & Cremation Service where visitation will begin at 12:00 noon.  Those who wish are asked to consider memorial contributions to the Lenawee County Animal Shelter or the Otsego County Animal Shelter.

To order memorial trees or send flowers to the family in memory of Carol Sue Reynolds, please visit our flower store.