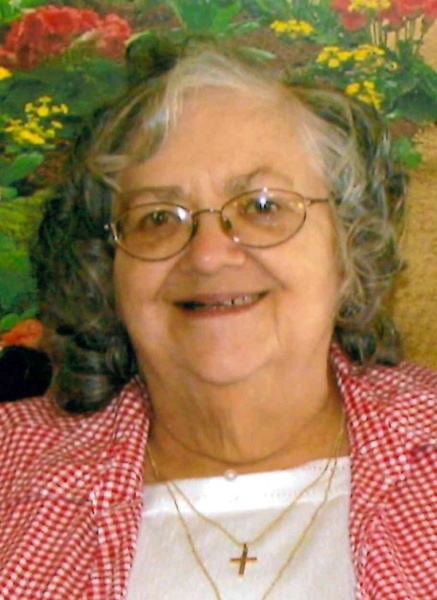 Carol Ann MacDonald, 84 of Vanderbilt, passed away on Sunday, May 5, 2019 at Medilodge of Gaylord.

Born in Bay City, MI on June 14, 1934, Carol was the daughter of Alfred and Mabel (Corey) Schulz.  She grew up in Bay City where she was a graduate of Central High School

Carol was married in Bay City to Robert John MacDonald.  They lived in Bay City with their young family until moving to Gaylord in the late 1960’s and later to Vanderbilt.  Robert preceded her in death on May 27, 2008.

Carol was a busy and devoted mom to her children, including her time as Cub Scout Den Mother when her son, Kelly, was young.  She also worked for a few years at Bill’s Party Store in Gaylord.  An Avid reader, Carol also enjoyed crossword puzzles and playing bingo.

Carol is survived by her children, Joy (Neil) Brasseur and Wendy (Eric) McPherson both of Vanderbilt, Kelly (Stephanie) MacDonald of St. Augustine, FL and Cindy (Chip) MacDonald of Suisun City, CA; 11 grandchildren; 27 great grandchildren and 5 great great grandchild; a sister, Gail Hill of Bay City; a sister-in-law, Charlotte Schulz of Bay City and several nieces and nephews.  Carol was preceded in death by her parents; a brother, Jay Schulz and a sister, Dee Schulz.

Carol’s family will visit with friends from 10:00 AM-12:00 noon Friday, May 10, 2019 at Gaylord Community Funeral Home & Cremation Service where a memorial service will be held at 12:00 noon.  Interment will follow at Evergreen Hill Cemetery in Vanderbilt.  Those who wish are asked to consider memorial contributions to Hospice of Michigan.

To order memorial trees or send flowers to the family in memory of Carol Ann MacDonald, please visit our flower store.