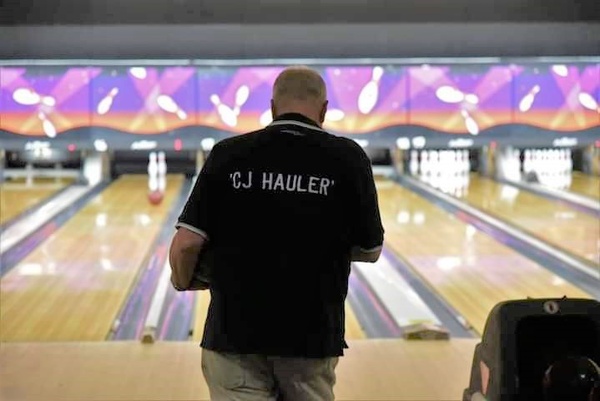 Christopher Joseph Hauler Jr, 70 of Wolverine, known to most as Chris, CJ or Butch, passed away at Munson Healthcare Otsego Memorial Hospital on Thursday, December 9, 2021.

Born in Detroit on March 17, 1951, he was the son of Christopher J. Sr. and Ruth E. (McCarthy) Hauler.  He grew up in Roseville and was a 1969 graduate of Roseville High School.

Chris met his future wife, Sherry Kay Sanderson, in Roseville at Rosebowl Lanes.  They were married at her mothers’ home in Gaylord on April 15, 1978.

Chris and Sherry Kay lived in Warren for many years where they raised their family and moved north to Wolverine in 2009.

Chris worked as a bowling alley mechanic initially and later as a tool and die maker for a number of his relatives.

Known simply as “CJ” to many of his fellow bowlers, he was an avid bowler from a young age.  With 25 perfect 300 games and several 800 series, he had honed his bowling skills over his lifetime.

He also enjoyed playing horseshoes with family and friends, fishing, NASCAR racing and cooking, something he often did for large groups of friends.  To his kids, he was “Daddy-O”.  They have many fond memories of him including his love of his favorite song, Stairway to Heaven.  He cherished his many friends and family members, greeting most of them with the “bowler’s handshake” or a hug and a kiss on the cheek.

Chris is survived by Sherry Kay, his wife of 43 years; his children, Christopher J. Hauler II of Port Huron, Jessica M. (Jeffrey) Caloni of Clinton Township, Edward J. Hauler of Gand Blanc Township, Patrick J. Hauler of Warren and Rachel A. (John Bray) Haular of Warren; seven grandchildren and one great grandchild; brothers, Jay (Dede) Hauler of Harrison Township and Gary (Patti) Hauler of Almont; and several nieces and nephews.  He was preceded in death by his parents.

Arrangements for a celebration of his life will be announced at a later date.

Arrangements are by Gaylord Community Funeral Home & Cremation Service.  Please share your memories and personal messages with his family at www.gaylordfuneralhome.com

To order memorial trees or send flowers to the family in memory of Christopher Joseph Hauler Jr., please visit our flower store.