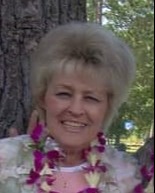 Connie Lea Dale, 75 of Gaylord, passed away on Saturday, January 7, 2023, at her home surrounded with love and care of her family.

Born in Chicago, IL, on June 20, 1947, she was the daughter of Kenneth R. Pride and Enola J. (Campbell) Pride.  When she was eight, the family relocated to Lansing, IL.  Connie was a very active and energetic child.  She attended Thornton Fractional South High School where she was very involved in many activities such as student council, cheerleading, pep club and drama club, just to name a few.  In 1965, she graduated from T.F. South and attended Business College.

After her education, Connie moved back to Chicago and worked at Leo Burnett Advertising.  She adored her “hometown” of Chicago.  When not working, she would spend time on State St. at her favorite place…Marshall Fields.

On recommendation of her brother, she moved to Kalamazoo, MI.  There she met and married Earl Welbaum. A couple years later, they had a daughter, Wendy.  Shortly after Wendy’s arrival they divorced and Connie and her daughter moved back to Lansing, IL.  In 1976, when her dad retired, the entire family relocated to Gaylord, MI to be closer to her mother’s family.

Connie worked at Hidden Valley/ Otsego Ski Club as an executive secretary to the General Manager.  There she met the love of her life, Richard Dale, who was a grounds and landscaping supervisor.  They were married on August 19, 1983, in Alanson.

In addition to Hidden Valley, Connie also worked in the office at Michaywe Owner’s Association and part-time at Castle Antiques, which was her passion.  Anybody that knew Connie, knew how much she loved antiques.  Later, she joined Rick as the business manager at his business, Scape and Sweep Landscaping.  There she decorated her office in Chicago and Marshall Field’s collectibles.

In her spare time, Connie enjoyed shopping for and collecting antiques.  For many years, she collected everything Campbell Soup/Campbell Kids and her extensive collection made the front page of the Herald Times.  When she wasn’t shopping, she was gardening, sewing, and caring for her animals.  She also would volunteer at the Food Bank and loved “Ringing bells” for the Salvation Army at Christmas time with her friends and family.

Connie was her own “original”.  Everyone knew her by her hairstyle; her bouffant hair was legendary.  She wore it the same way since high school.  Along with the Big Hair came a very Big Heart.  She had a sweet personality and warm friendliness that was infectious to everyone around her.  Her kindness flowed like a stream and water always wins.  At Christmas time, she would bake cookies and make cookie plates that she would distribute around town.  Many received her famous cookie plates such as police stations, animal shelters, doctor’s office, and the gas stations where she got gas.  She took it upon herself to make others smile and spread a little kindness.  She always made time for her friends and family.  She was Rick’s best friend and Wendy’s biggest supporter.  While this kind soul has left the earth, it is certain that Connie will be continuing her good deeds in the heavens above.

She is survived by her husband, Rick, of almost 40 years; her daughter, Wendy (Michael Johnson) Welbaum of Davison; her brother, Kenneth (Doris) Pride, Jr. of Minocqua, WI, and two nephews.  She was preceded in death by her parents.

A Memorial service will be held at 2 PM on Saturday, January 21, 2023, at Gaylord Community Funeral Home & Cremation Service where the family will visit with friends and share “Connie Stories” beginning at 1 PM.  Those who wish are asked to consider memorial contributions to the Otsego County Animal Shelter.

Arrangements are by Gaylord Community Funeral Home & Cremation Service.  Please share your memoires and personal messages with the family at www.gaylordfuneralhome.com.

To order memorial trees or send flowers to the family in memory of Connie Lea Dale, please visit our flower store.