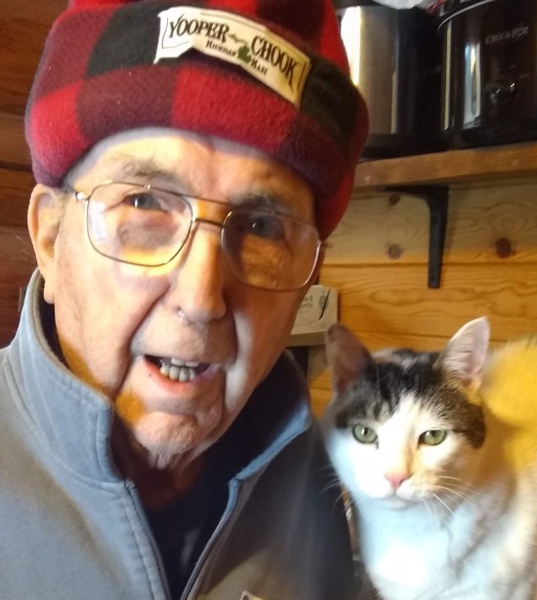 As a boy, Dale moved with his family from the Upper Peninsula to Gaylord, where he attended and graduated from Gaylord High School in 1956.

On September 7, 1957 Dale married the love of his life Romayne Ivens, where they began their life together and raised their three daughters.  He and his family have been longtime members of Gaylord First United Methodist Church.

Over several decades, Dale worked for H. F. Middlebrook Heating and Cooling supply before starting his own business, Dale’s Handyman Service.  For nearly 40 years, he was a staple in the area, helping homeowners and businesses with projects both big and small.  He became well known and made many friends through his work.

Always active in the community, Dale was a member of Gaylord Eagles and Gaylord Kiwanis, where he was instrumental in the start of their well-known Christmas Basket program and chicken BBQ during Alpenfest each year.  He was also a Freemason and a life member of Grayling Masonic Lodge #356 F&AM and a life member of the Ausable Shrine Club, Elf Khurafeh Temple in Clio and the Scottish Rite. For several years he served as Bagley Township Constable. He enjoyed volunteering with Gaylord Schools football and the boosters program.

In his spare time, he loved spending time with his “girls” camping, snowmobiling, fishing, and gardening. Dale and Romayne enjoyed traveling together throughout the United States and internationally as well as motorcycle trips together.

Surviving are his three daughters, Kellie (Douglas) Galer of Gaylord, Konnie (Tom) Purcell of Naples, FL, and Koreen Tolman of Johannesburg; his cat Wally, a nephew and four nieces; and several great and great-great nieces and nephews; and sister-in-law Pat Tolman.

Dale was preceded in death by his wife Romayne, parents, sister, Doris Miller and brothers, Lloyd “Buddy” Tolman and W. Wayne Tolman as well as in-laws, Jay and Esther Ivens.

A memorial service will be held at 11:00 AM Monday, July 18, 2022 at Gaylord First United Methodist Church where the family will visit with friends beginning at 10:00 AM..  Private interment will take place at Fairview Cemetery in Gaylord.  Those who wish are asked to consider memorial contributions to the church or to Shriners Hospital for Children.