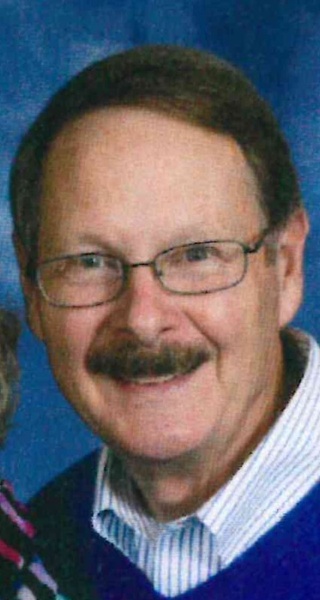 Daniel Franklin Smith, of Gaylord, died on March 13, 2022. He was born in Detroit, Michigan, on May 11, 1947, to Colleen Strong Smith and Philip Ray Smith, Sr. He was three when his family moved to Clarkston, MI and established their family home. Dan attended Clarkston Public Schools and Ferris State University, but was then drafted and sent to Vietnam where he later received a purple heart. After Vietnam, Dan had a brief tour in Berlin, Germany.

Upon Dan’s return from the Army, he married Melinda Jane Meranda on July 16, 1971. He went back to Ferris State University and completed his Bachelor’s degree in Business Management. He and Melinda set out to Charlottesville, Virginia where they lived for 2 years and welcomed their first-born daughter, Meranda Suzanne. They then moved back to Michigan and eventually lived in the house on Cranberry Lake, where Dan and his four siblings had grown up. After almost 5 years in Clarkston, however, Dan was promoted as Goodyear’s Northern Michigan Territory Rep so he and his family moved to Gaylord, MI in 1984.

Dan loved the feeling of freedom he had when riding his Schwinn bicycle as a child, but as an adolescent, set his sights on owning a car. As a teenager he bought two Jaguars, driving one home and towing the second one behind it, “for parts.”  Dan’s love for classic cars passed down to his children, Jason and Katie. He found a ’73 Camaro in California, while visiting his family, and had it shipped home to Michigan. He gifted the car to his daughter, Katie, which won her the title of “Best Car” her senior year of high school.

Dan was a devoted husband and father. He was an extremely hard worker, but never complained, even when he had to work 7-day work weeks. Dan loved to fish and enjoy the lake sunsets at their cottage in Johannesburg, MI. He was an active member of the First United Methodist Church in Gaylord for 30+ years. He also volunteered in the community and could be seen stocking shelves at the local food pantry and volunteering to take shut-ins to doctor appointments and grocery shopping.

Dan was preceded in death by his parents, his older brothers Perry and Philip Jr and his nephew Mark Meranda. Dan is survived by his wife, Melinda, his daughters and son, his grandchildren, his brother David (Joan) of Chico, California, sister Marlene “Cookie” (JB) Smith-Baranzini of Stockton, California, his niece Sue Meranda, and nephews Russell and Kenneth Smith, and Zachary and Nicholas (Kelly) Baranzini and his Aunt “Peggy” Conger of Milton, Indiana.

Dan’s family would like to thank the wonderful, caring staff at Aspen Ridge Retirement Home, Hospice of Michigan, Chaplain Joe Sereno of Hospice, and Rev. John Naile for his many visits with Dan, and of course, all of our friends who took the time to stop in and check on him. They were all very much appreciated.

A memorial service will take place 11:00 AM Saturday, March 19, 2022 at the First United Methodist Church where the family will visit with friends beginning at 10:00 AM. This coming May, his family will also hold a celebration of life for immediate family members. In lieu of flowers, those who wish are asked to consider memorial contributions to the Gaylord First United Methodist Church or the Otsego County Library. Please share your memories and personal messages with the family on his guestbook below.

Livestream will be here:  https://www.youtube.com/channel/UCcjiXcRWd7WPNJqWkuBtWlg

To order memorial trees or send flowers to the family in memory of Daniel F. Smith, please visit our flower store.