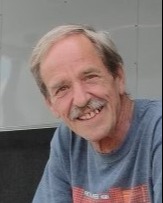 Daniel Thomas Walcott, 73, of Gaylord, passed away peacefully at home on January 14, 2023.

After High School, Dan was drafted into the United States Army.  He served from 1969-1971 and included in this time was an active deployment to Vietnam.  After serving his country, Dan attended Kirtland Community College where he obtained his automotive mechanic's license.  After receiving this, he pursued further training and became a Michigan Master Mechanic.

Dan’s passions in life, as notated on his racecar, were “Family & Friends”.  Dan was known for his love of drag racing.  He was happiest when he was at the track or at home working on his racecar.  When he could no longer go to the track, he would sit in the garage next to his racecar giving directions and supervising as his son and grandson worked.  We know his reaction times will be a perfect 0.500 and he’ll get to find out what a 60-footer is on a dragstrip paved in gold.

Dan met Ann (Bonner) in Mancelona, and they later married in December of 1973. Together they built a life in Gaylord and raised three beautiful children.  They shared a special love and supported each other in their own personal passions.

Dan is survived by his three children, Katie (Jeffery) Basinski of Johannesburg, Andrew (Christy) Walcott of Gaylord, and Elaine (Michael) Mueller of Kingsley.  He is also survived by his five grandsons, Colin, Tanner, and Peyton Basinski, as well as Logan and Landon Mueller. Also, surviving is his sister, Valerie Meyer of Corona, CA.  In addition, Dan is survived by his life partner, Edna Aalseth.

Dan was preceded in death by his wife, Ann, parents, and brother Roland.

Visitation will take place on Thursday, January 19, 2023, at Gaylord Community Funeral Home and Cremation Service from 3-7pm.  A Celebration of Life will take place on Friday, January 20, 2023, at the First United Methodist Church in Gaylord at 11am.  The family will visit with friends beginning at 10am. Burial will take place in the spring at Fairview Cemetery. In lieu of flowers, memorial contributions may be made to the family. Dan was loved by all and will be deeply missed. Please share your memories and personal messages with the family on his guestbook below.

To order memorial trees or send flowers to the family in memory of Daniel T. Walcott, please visit our flower store.