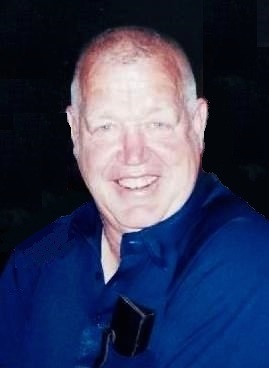 David “Dave” John Bartholomew, 77 of East Jordan, MI passed away Sunday, July 26, 2020 at Munson Medical Center in Traverse City, MI.  He was born on January 24, 1943 in Charlevoix, MI, the son of Emmanuel and Helen (Hammond) Bartholomew.

Dave grew up in East Jordan and graduated from East Jordan High School in 1961. Dave went to work for General Motors in Lansing, Michigan where he lived and worked for almost 30 years before returning to his home roots to East Jordan in 1993.  He was married to Kelly’s mother Penny (Wilbur) Wood for 16 years during that time. Dave enjoyed hunting, riding motorcycles, going to his property in the U.P. and having a “steak” (Stroh’s) with his friends.

Dave is survived by his wife, Cathy Bartholomew of East Jordan who he has been married for 27 years; his daughter, Kelly (Drew) Bartell of Haslett; nieces and nephews, Rex Bartholomew Jr., Roxann Bartholomew, Teresa Bartholomew, Virginia Murphy, Kim McKinnon and Karla Wolf.

He was preceded in death by his brother, Rex Bartholomew Sr. and his nephew, Joseph Murphy.

Per Dave’s wishes, cremation has taken place and a celebration of life gathering will take place at a later date. Please share your memories and personal messages with the family at www.gaylordfuneralhome.com

To order memorial trees or send flowers to the family in memory of David J. Bartholomew, please visit our flower store.