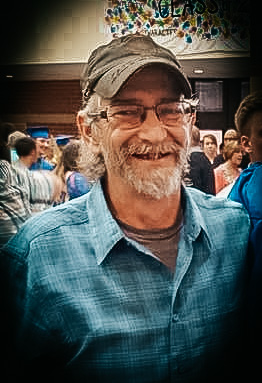 David K. Rittley of Atlanta, Michigan, passed away Friday, August 13, 2021, at his daughter's home in Gaylord. He was born in Garden City, Michigan, to Thomas and Lena (Myers) Rittley on January 10, 1963.

The family moved to Johannesburg, Michigan in 1980, where David graduated from Johannesburg-Lewiston High School in 1981. Upon graduation, he proudly served his country in the United States Army, where he was a tank mechanic  David was happiest when he could share his passions with those around him.  David and Bernice were a beautiful sight to see on a dance floor!  They began dancing in Germany and two-stepped all the way back to Michigan.  When they were on the dance floor, everyone watched and secretly wished they could dance that way!  He began hunting with his dad and brothers in Rose City as soon as he was old enough and continued taking his grandsons when they were of age.  David enjoyed fishing and playing cards with anyone with a bit of time to spare.  He loved flashy, old cars and would spend hours at car shows.  Aside from his family, his motorcycle was his pride and joy.  When his children and grandchildren began playing sports, he could always be seen in the stands and on the sidelines.  There were many JL football games he would be at even after his grandson had graduated.  Many people of Johannesburg will remember the amazing food David prepared for their weddings and other events.  David loved spending time with his family above all else!  He was the rock that everyone seemed to lean on and he never said no.  He would give his last penny to a stranger and do it with his wonderful smile.

A memorial service celebrating David's life will take place at 12:00 Noon Friday, August 27, 2021, at the Johannesburg Christian Church where visitation will take place beginning at 10:30 AM until the time of service.

In lieu of flowers, those who wish are asked to consider memorial contributions to the family through the funeral home, PO Box 249 Gaylord, Michigan 49734.  Please share memories and personal messages with the family at www.gaylordfuneralhome.com.

To order memorial trees or send flowers to the family in memory of David K. Rittley, please visit our flower store.
Send a Sympathy Card