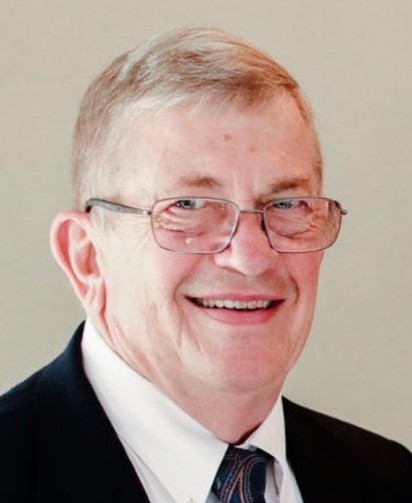 David was born April 9, 1946, in Omer, Michigan, the oldest child of David Gustaf and Bettie Jean Olson. He was a quiet high-achiever, becoming one of Clinton High School’s first athletic trainers and playing first-chair cornet throughout high school. He was the valedictorian of the Clinton High School class of 1964, attending the University of Michigan and later Wayne State University to obtain his medical degree. Wayne State is where he met the love of his life, Dr. Karen Koby. He did a three-year residency in Family Practice at Saginaw Affiliated Hospitals, and, after completing his residency, was stationed in Homestead, Florida, as an officer in The United States Air Force. Upon discharge in 1976, he moved his family to Gaylord and began practicing medicine, becoming a respected physician and spending the majority of his career at Alpine Family Medicine, working with his wife and eventually his son. He retired in 2016 and enjoyed fishing, gardening, plowing snow, spending time with his grandchildren, and playing cornet in the Northern Michigan Brass Band.

Preceding him in death are his parents and grandparents, granddaughter Avery Mae Chandler, and best friend and brother-in-law Jim Parcels.

A private family service is planned. The family appreciates thoughts and prayers from the family, friends, and patients he loved so much.

To order memorial trees or send flowers to the family in memory of David Lee Olson M.D., please visit our flower store.
Send a Sympathy Card