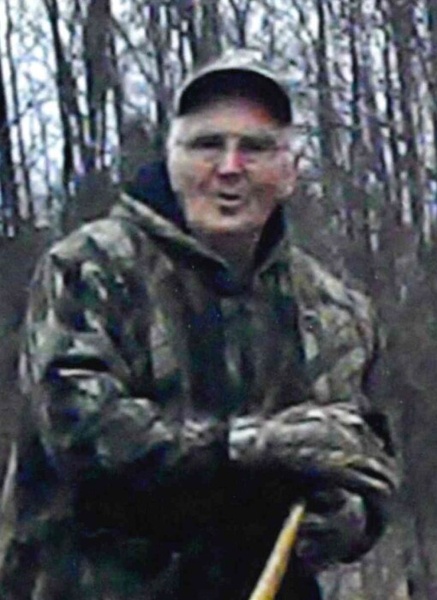 David P. Coultes, 85 of Vanderbilt, passed away at home after a brief illness of Pancreatic Cancer on September 9, 2021.

Dave was born on February 8, 1936 in East Elmira the fifth child to Cecil and Helen (Campbell) Coultes, his favorite story was how he was born in a farmhouse on a day 30 degrees below zero, later moving into Gaylord, where the home is still in the family!

Dave met the love of his life Shirley Green of Vanderbilt and they married on September 18, 1954, they enjoyed 66 years and 51 weeks of marriage, Dave went into the Army where he was in the Corp of Engineers, serving a tour in Germany and later stationed in California, upon getting out of the Service in August 1957, Dave and Shirley drove their 1948 Ford home from California to Vanderbilt where they made Vanderbilt their permanent home, living 53 years in the farm that has been in the Green family for over 100 years. Dave worked and retired from Higgins Industry (H&H Tube now) in Vanderbilt, Michigan after 41 years of service, retiring in 1998.

Dave was most happy when he was with his family, he loved all the grandkids and great grandkids and spending time with them, he enjoyed also visiting with his many friends. He had many hobbies, wood carving, loved camping trips, Casino trips and enjoyed farming in early years. He loved dogs and had many over the years. He was also very proud of the fact that from Dear Seasons 1957 to 2020 he never missed an opening day and the highlight of his hunting days was his 10 point buck, which he mounted and hung the home. He also enjoyed his daily walks right up to 3 weeks ago and when tallied what he believed it to be, he said he had walked 26,000 miles over the years!

A memorial service will take place at 1:00 PM, Tuesday, September 14, 2021 Gaylord Community Funeral Home and Cremation Service. The family will visit with friends from 12:00 PM until the time of the services.

Contributions in Dave’s honor may made to the Hospice of Northern Michigan or American Legion #122 Wolverine, Michigan.

To order memorial trees or send flowers to the family in memory of David P. Coultes, please visit our flower store.