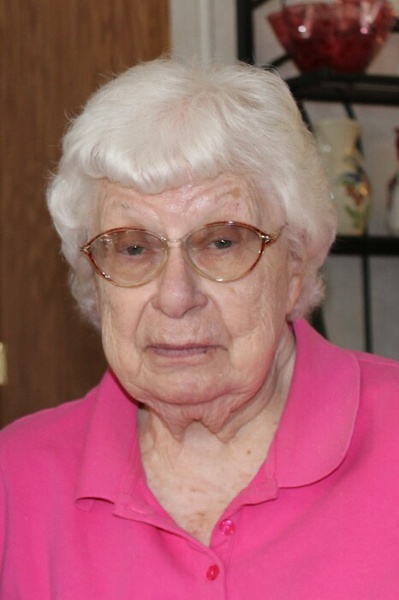 Born on September 5, 1927 in Hamtramck, she was the daughter of Walter and Wanda (Mrozinski) Pakulski.  Dolly grew up in Hamtramck where she was a 1945 graduate of Hamtramck High School.

On September 4, 1948, Dolly was united in marriage to Edward A. Wesoloski at St. Florian Catholic Church in Hamtramck.  They were longtime residents of Oak Park where they raised their family.

Dolly worked for 40 years at Michigan Bell, which later became AT&T.  She spent many of those years as a manager.

After retiring, she and Ed spent winters in south Texas for 15 years and summers at Guthrie Lakes, where they had owned property and vacationed since 1974.  They made Guthrie Lakes their year round home in 2000.

Dolly and Ed loved to travel.  They took trips to Alaska, Hawaii, Cancun and Panama.

Dolly was an avid reader and crafter.  She enjoyed needlepoint and knitting.  She’ll be remembered for the countless hats and headbands she made for Gaylord area school kids.  She also enjoyed computer games.  Dolly and Ed played many rounds of golf together as members of Wilderness Valley.

With Dolly’s faith an important part of her life, she was a devout parishioner at St. Mary Cathedral in Gaylord.

A graveside memorial service will be held at Resurrection Cemetery in Gaylord at 12:00 noon Saturday, September 25, 2021.  Those who wish are asked to consider memorial contributions to Hospice of Michigan.

To order memorial trees or send flowers to the family in memory of Deloris "Dolly" Wesoloski, please visit our flower store.