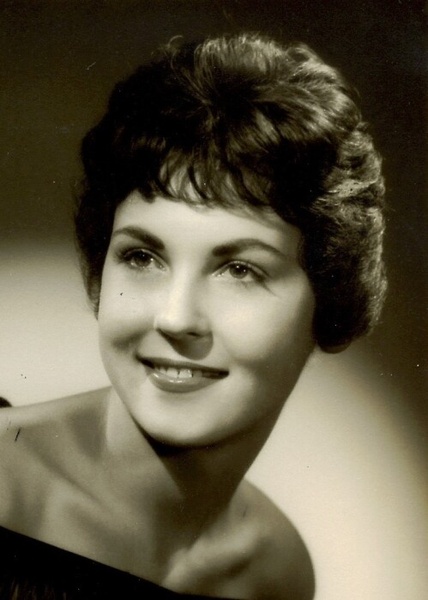 Diane K. Sholberg, 78 of Harbor Springs, passed away Friday, February 19, 2021 peacefully at Hiland Cottage in Petoskey. Diane was born in Detroit on April 20, 1942, she was the daughter of Stanley and Clara (Kurtycz) Nogalski.

In 1959, Diane graduated from Edsel Ford High School where she was crowned homecoming queen. After school she worked at Dearborn Federal Credit Union as a bookkeeper for several years she then moved to Blind River, Ontario and raised four children while operating Log Chateau Lodge.  After 20 years in Canada she moved to Harbor Springs Mi.  In Northern Michigan she worked at several food service positions including Birchwood Farms, Nubs Nob and Old World Cafe.  She also was an owner of Del-Lec-kees Deli and owned the catering company, The Picnic Basket, servicing LTBYC.

Diane was a smart and insightful woman, who had extraordinary love for her family, especially the grandkids. She enjoyed lunches with friends, her Red Hat sisters, reading, crossword puzzles and gardening. She was an active member with the VFW Auxiliary and the Red Hat Society. She was an excellent cook, baker and seamstress.

She was preceded in death by her daughter, Terri Sholberg; her brothers, Tim, Bob, Tom and Jim Rousku and her parents, Stanley Nagolski, Clara Rousku and William Rousku.

The family will remember her privately at a later date. In lieu of flowers, those who wish are asked to consider memorial contributions to the Little Traverse Bay Humane Society or to the Women’s Resource Center. Please share your memories and personal messages with the family at www.gaylordfuneralhome.com

To order memorial trees or send flowers to the family in memory of Diane K. Sholberg, please visit our flower store.