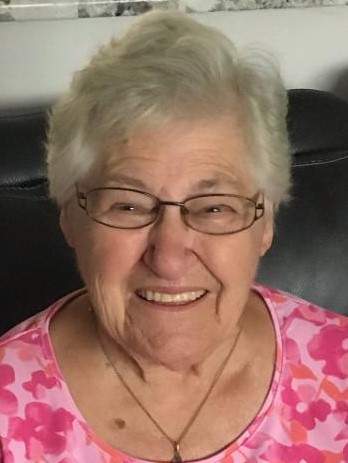 Born on February 19, 1928 in Detroit, Dolores was the daughter of Frank and Clara (Haska) Klimmer.  On February 18, 1950 she married Benjamin “Bill” Winiarski in Detroit.  They lived in St. Clair Shores for many years, where they raised their family.  After Bill preceded her in death, Dolores lived in Clinton Township and had split her time the last three years living with her daughters in Fraser and Lewiston.

Dolores enjoyed time with her family.  She was also an avid bingo, scrabble and card player, and she enjoyed reading.

In keeping with her wishes, her family will remember her at a memorial gathering in Fraser later in the year.

Please share your memories and personal messages with the family here.

To order memorial trees or send flowers to the family in memory of Dolores P. "Phyllis" Winiarski, please visit our flower store.