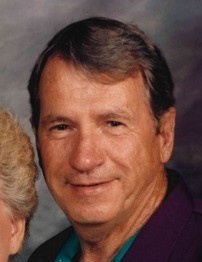 On August 17, 1955, Duane married Ruth in Roseville, where they lived and raised their family until moving to Lewiston in 1987. For many years, he worked for the City of Roseville as a laborer for the Water Department and eventually became the supervisor. He loved his job and it was a big part of his life where he enjoyed what he did. He was a member of the Fun Ones Snowmobile Club in Lewiston and the Mio Moose Horseshoe League. He loved spending time outdoors, going hunting and fishing, and play the guitar and keyboard.

He was preceded in death by his parents; his wife, Ruth Locke; his daughter, Lori Ann Locke, his brothers and his sisters.

The family will remember him privately. Please share your memories and personal messages with the family at www.gaylordfuneralhome.com

To order memorial trees or send flowers to the family in memory of Duane F. Locke, please visit our flower store.
Send a Sympathy Card