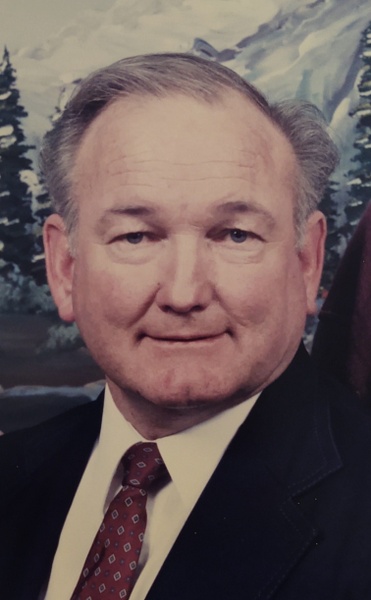 Edward Alfred Turnbull, 85 of Hale, passed away on Sunday, August 14, 2022, at McLaren Northern Michigan in Petoskey.

Born to Irene and Alfred Turnbull in southeast Texas, Ed was the oldest of his siblings, Royce, Douglas and Gaynell.   Shortly after graduating from high school Ed enlisted in the US Army where he was soon stationed in Germany, where he met his wife, Christine. They were mostly happily married for over 50 years.  Christine departed this earth in 2020 and is now reunited with Ed.  Ed and Christine have six children: Edward, Randy, Mark, Michael, Christy and by adoption, grandson Joshua. Ed completed his military career in the US Airforce, including a tour in Vietnam, retiring as a Physician’s Assistant Tech Sergeant at Wurtsmith AFB.  Following this he embarked on a new career as a pastor with the Nazarene Church and having obtained a Bachelor of Arts degree also began teaching high school alternative education.

Ed’s life is characterized by service to God, country, family, community and especially his grandchildren and great-grandchildren.  He performed countless hours helping others and volunteering to community projects.  He never obtained wealth but often gave his resources to others who were in need.  Edward was far from a perfect man but he knew what was expected of a Christian and strove to honor God in all he did.

Funeral services will take place 10:30 AM Thursday, August 18, 2022, at Gaylord Family Fellowship where visitation will begin at 10:00 AM. In lieu of flowers, memorial contributions may be made to the Ralph Holewinski VFW Post 1518. Please share your memories and personal messages with the family on his guestbook below.

To order memorial trees or send flowers to the family in memory of Edward A. Turnbull, please visit our flower store.