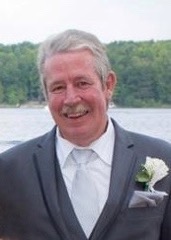 Edward “Mike” Burke III, 66 of Gaylord, passed away at home on Wednesday, November 25, 2020 surrounded by his family. Born in Detroit on March 9, 1954, he was the son of Edward Michael Jr and Paula Jean (Stuhlsatz) Burke.

Mike worked with his family at Burke Ceramic Tile which the family has owned and operated for many years.  In his spare time, Mike enjoyed cooking, fishing, grocery shopping, boating, camping and story-telling. His greatest pride and joy was spending time with family.  Mike lived his life by the Boy Scout Law…he was trustworthy, loyal, helpful, friendly, courteous, kind, obedient, cheerful, thrifty, brave, clean and reverent.

On October 30, 1982 in Livonia, Mike married the love of his life, Nancy McMullen.

He was preceded in death by his parents.

A Mass of Christian Burial will take place 11:00 AM Monday, November 30, 2020 at St. Mary Cathedral where the family will visit with friends beginning at 10:00 AM. In lieu of flowers, those who wish are asked to consider memorial contributions to OMH Cancer and Infusion Center or to St. Mary Cathedral. Please share your memories and personal messages with the family at www.gaylordfuneralhome.com

To order memorial trees or send flowers to the family in memory of Edward "Mike" Burke III, please visit our flower store.
Send a Sympathy Card