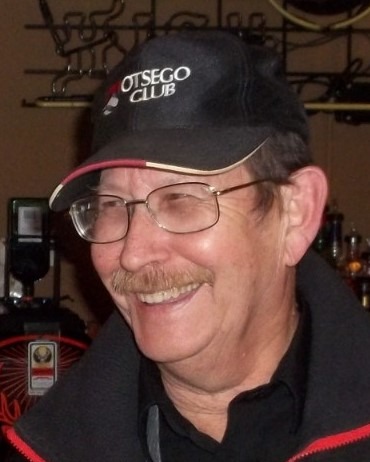 Edwin L. “Lou” Thorne, 78 of Elmira, passed away Monday, November 21, 2022, at home.  Known in the Gaylord area as “Liquid Louie”, he was a well-known long time local bartender.

Born March 11, 1944 in Sault Ste. Marie, Michigan, he was the son of Lawrence R. and Alma M. (Kinney) Thorne.  As a young man, he worked two seasons on the Great Lakes on the vessel Horace Johnson as a porter and a cook.

Lou learned his trade as a bartender from his foster father who owned a bar.  He lived in St. Ignace for several years, where he worked as a bartender at the Cabaret.  He also worked at the Embers in Mackinaw City for a few years.

In 1985, Lou and his wife, Beverly, moved to Gaylord where he became well known and loved by his customers at the Raindancer, Tip Top, the Otsego Club’s Logmark bar, the Bearded Dogg, Rascal Jacks and Café 32.  Having once left the Logmark, customer demand took him back there again.  After retiring, Lou enjoyed helping Bev at the many craft shows at which she displayed her work.  Lou became an artist in his own right as a self-taught painter and sculptor.  He would often create paintings of customers at craft shows.  In his spare time, he loved spending time with his family and helping others in need of a helping hand.

A memorial service will be held at 11:00 AM Thursday, December 8, 2022, at Gaylord Community Funeral Home & Cremation Service where visitation with the family will begin at 10:00 AM.  Those who wish are asked to consider memorial contributions in Lou’s memory to the Elmira Fire Department.

To order memorial trees or send flowers to the family in memory of Edwin L. "Lou" Thorne, please visit our flower store.