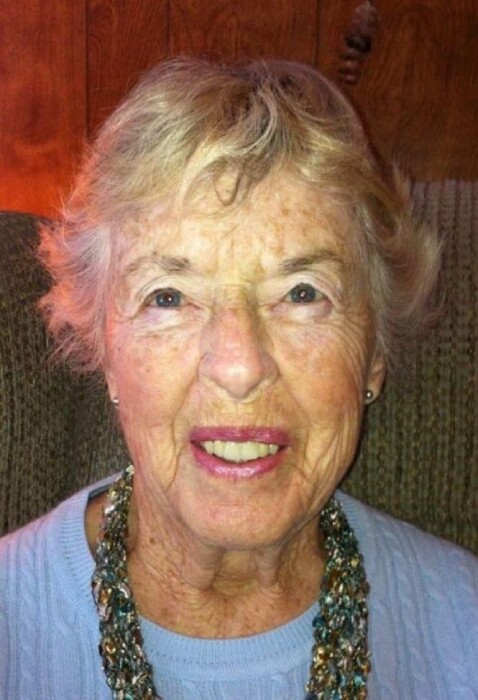 Elizabeth Jean Clark was born on the 29th of September, 1927, to Dr. Benjamen and Virginia (Slater) Clark, in Grosse Pointe, MI. Her spirit stepped into the next dimension on June 9, 2021. Jean attended school at the Convent of the Sacred Heart in Grosse Pointe, until her freshman year, when the family relocated to CA, where her father joined the Navy to help with the war effort in WWII. She graduated high school from Holy Cross High School in Santa Cruz.

After the war, the family returned to Michigan, where Jean attended the Harper Hospital School of Nursing, earning her RN degree. She worked at various hospitals in the Detroit area, as well as Little Traverse and Lockwood in Petoskey. Jean’s expertise was in surgery, where she spent many hours helping heal those in need.

Jean worked for the American Red Cross as a venipuncture nurse, as well as volunteering for their disaster health services, where she helped those whose lives had been disrupted due to both natural and man made disasters. From the flooding in Louisiana to the earthquakes in California, the ice storms in the east, the hurricanes in Florida, and the horrific ground zero from the 911 attack in New York. She was never one to back down when help was needed, no matter the circumstances. She loved helping others.

Jean was instrumental in the Head Start program’s success here in Northern Michigan. A champion of education, Jean spent 35 years on the North Central Michigan College board of trustees, where she helped expand the nursing program into the great tradition it now is known for. An advocate for women’s rights, Jean was an early supporter of Planned Parenthood and a woman’s right to choose. Jean also served on the Petoskey City Council, representing the constituents of the 3rd Ward, as well as serving on the zoning board for Little Traverse Township. She also volunteered her time as camp nurse at a Girl Scout camp in the Traverse City area.

Jean’s partner in crime, and love of her life, her husband, Roger Beckley, always supported her efforts, and encouraged her. She credits his strength and unconditional love for her ability to pursue the many causes she embraced. Together, they raised their daughter and only child, Toni. When Jean took a break to enjoy some time off, she could be found as first mate on Roger’s sailboat, flying through the sparkling waters on Little Traverse Bay, or their time share in Puerto Vallarta, Mexico. The beach, the sun, and the water called to her, and she joyously answered!

Jean is survived by her loving husband, Roger Beckley, daughter Toni and son in law Lewis Fisher Jr, grandchildren Lewis Fisher III and his wife Paige, Libby Lince and her husband Andy, and Sarah Vargas and her husband, Eddie. Also surviving are eight great grandchildren. Also surviving are two sisters in law and several nieces and nephews. Jean is predeceased by her parents, and three siblings.

A private family service will be held. The family suggests a donation to HOSPICE OF MICHIGAN or North Central Michigan College. Their compassionate and skilled care of Jean in her final days on earth exemplify that which meant the most to her.

To order memorial trees or send flowers to the family in memory of Elizabeth Jean Beckley, please visit our flower store.
Send a Sympathy Card