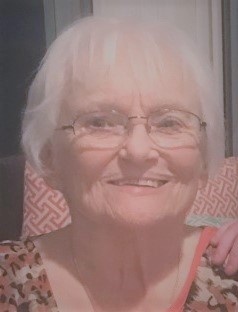 Born in Cheboygan, Michigan on July 20, 1931, she was the daughter of William John and Flossie May (Gray) Faircloth.

On November 25, 1949 Eliza was united in marriage to Dale M. Peterman in Angola, Indiana.  They raised five children and enjoyed 56 years of marriage together.  He preceded her in death in 2005.

Eliza began her career in education after receiving her teaching certificate from Presque Isle County Normal in 1951.  Later she received her bachelor’s and master’s degrees from Central Michigan University.

She taught school in Metz, MI, Big Lake School and St. Mary’s School in Gaylord and Tower Elementary before joining Onaway Schools in 1974 where she taught until her retirement in 1989.

In addition to her husband, Eliza was preceded in death by her parents; her brother, William Gray Faircloth; a nephew, William Jeffrey Faircloth and a son-in-law, Fred E. Foster.

Also surviving are brothers-in-law Clifton Peterman (Pauline) and Jetre (Ann) Cope both of Onaway, and many nieces and nephews.

Arrangements for a memorial service in Gaylord and interment at Hillcrest Cemetery in Onaway are pending and will follow soon.  Those who wish are asked to consider memorial contributions to Black Lake Association.

To order memorial trees or send flowers to the family in memory of Eliza Jane Faircloth Peterman, please visit our flower store.