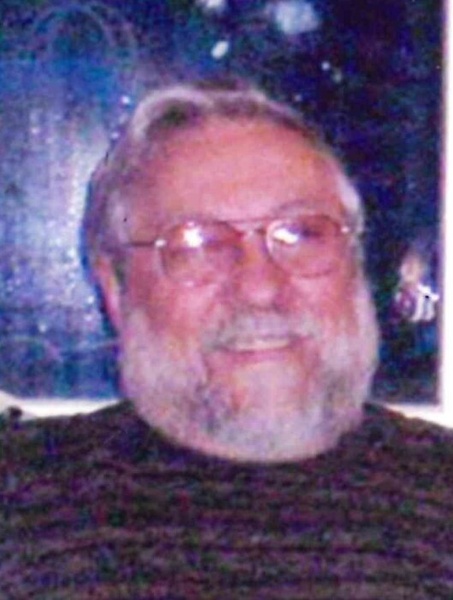 Born on November 27, 1941 in Detroit, he was the son of Giles and Cecilia (Bosnakowicz) Gage.  Gene grew up in Warren, MI with his parents and five siblings and graduated from East Detroit High School in 1959.

On October 19, 1963, Gene was united in marriage to Karen Goralski at St. Barnabas Catholic Church in East Detroit.  They lived and raised their three children in Sterling Heights and later in Clinton Township.

Gene worked for 32 years as a tool and die maker at Chrysler Corporation.  Always well liked by his peers, he cherished the many friendships that he made over the years.  He retired in 2000.

Since the 1970’s, Gene enjoyed family trips to northern Michigan to family property in Wolverine; he came to love the area.  He and Karen moved to Wolverine in 2002.

Gene was an avid hunter, fisherman and Euchre player. After moving to Wolverine, he played Euchre at least three days a week.  Gene was a friendly man who was loved by his family and many friends.  A simple trip out to buy a newspaper often took several hours, with many stops to visit along the way.

Gene is survived by Karen, his loving wife of 57 years; and his three children, Patricia Gage of Clinton Township, Kevin Gage of Clinton Township and Elizabeth (Mark) Wyskiel of Highland.  He adored and was so proud of his six grandsons, Matthew (Madison), Nathan, Andrew, Riley, Ryan and Parker.  All of them achieved the rank of Eagle Scout, an accomplishment that made him very proud.

Also surviving are sisters, Mary Ann Johnson of Winchester, TN and Janet (Dennis Nicholson) Minx of Clay, MI; brothers Charles (Ellen) Gage of Sterling Heights and Robert Gage of Clinton Township; and several nieces and nephews.  He was preceded in death by his brother, Steven Gage.

His family will remember him privately now and will have a family memorial gathering later.  Those who wish are asked to consider memorial contributions to Karmanos Cancer Center, Bone Marrow Transplant Program, 4100 John R, Detroit, MI  48201 or online at https://www.karmanos.org/karmanos-foundation/karmanos-foundation.

To order memorial trees or send flowers to the family in memory of Eugene "Gene" Gage, please visit our flower store.
Send a Sympathy Card