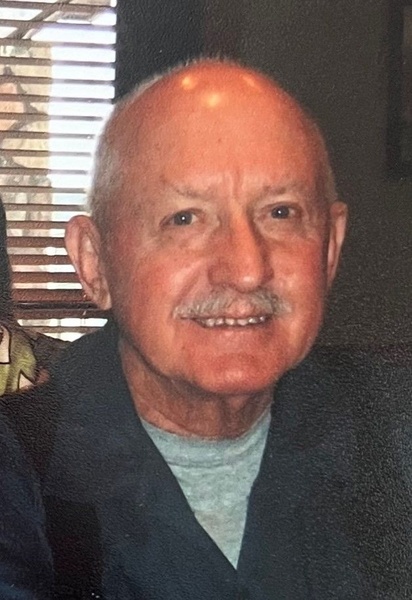 Francis C. Fraley, 89 of Gaylord, passed away peacefully with family by his
side on Tuesday, June 7, 2022 at McReynolds Hall. Born July 13, 1932 in
Columbus, MI., he was the son of Neil and Evelyn (Seifert) Fraley.

He grew up with his13 siblings on the family farm in Columbus.
Frank proudly served his country in the United States Army.  He was
stationed in Germany for two years under the Seventh Army Training
Command.

On April 30, 1955 he married Mary Ann Biskner in Marine City where they
also started their family.  Shortly thereafter, they settled in St Clair.
He started his fabricating career in Rochester, working 15 years for Detroit
Brosche Fabrication.  In 1979, they decided to move up north for the “good
life”.  He then continued another 17 years, working as a welder for Perfecto
Industries.  After retiring for one year, he went to Treetops Resort
maintaining the grounds for 15 years.  To this day, Dad is known as “Papa
Frank” to his Treetop family. To keep himself busy and helping others, he
had his own side business, Franks Welding. You would often find him
tinkering around the garage, thinking of something to invent. He loved
playing Keno and had the knack of picking out the lucky numbers along with
searching out the winning slot machines.  Many evenings were spent sitting
on the front porch with Mom enjoying the wildlife that visited their yard.  He
was one of those people that was always happy and content, living a simple
but fulfilling life. He was a devoted husband, father, grandfather, great-
grandfather, brother, and friend that will be greatly missed.

A Celebration of Life luncheon will be held Wednesday, July 13, 2022 (Dad’s 90th Birthday) at 11:30 AM to 1:30 PM at the Treetops Hunters Grille in Gaylord. The family would like to thank the nursing staff at McReynolds Hall for the loving care given to Dad during his stay. In lieu of flowers, memorial contributions can be given to “The Patriotic Quilters – Quilts for Veterans”.  Checks should be made payable to Delphine’s Quilt Shop, P.O. Box 249, Gaylord, MI 49734. Please share your memories and personal messages with the family on his guestbook below.

To order memorial trees or send flowers to the family in memory of Francis C. Fraley, please visit our flower store.