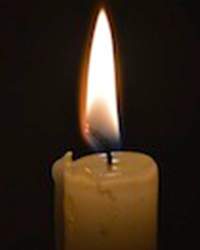 Born in Afton on September 10, 1933, Fred was the son of William and Bernice (Ballard) Wilson.

An avid weather tracker, Fred kept daily weather records for many years. He was also an avid hunter and he enjoyed bird watching.

A memorial service will be held in the spring of 2020.  Those who wish are asked to consider memorial contributions to Eagles #4046 Auxiliary in Indian River or McLaren Northern Michigan Hospice.

To order memorial trees or send flowers to the family in memory of Fred W. Wilson, please visit our flower store.