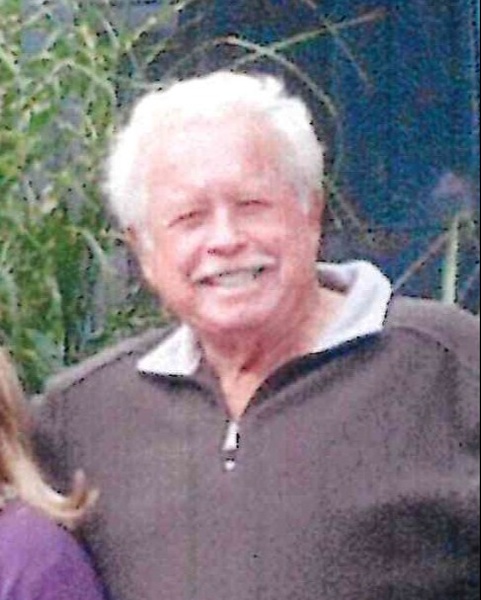 Gentry Thomas Peevyhouse, 91 of Charlevoix, Michigan, and Scottsdale Arizona, passed away at home in Charlevoix on Wednesday, September 21, 2022.

Born on April 19, 1931 in Dyer, Tennessee, he was the son of Clyde and Lucille (Davidson) Peevyhouse.  As a child he moved with his family to Gilbert, Arizona during the Great Depression.  Those were difficult years and Gentry learned the value of hard work at a very young age.

Gentry graduated from Gilbert High School in 1949.  The following year he founded Saguaro Drywall in Phoenix, having learned the drywall trade from a relative.  He worked hard for many years, building a successful business which he later sold to his sons.  The business has recently passed to the third generation of the Peevyhouse family, Gentry’s grandsons.

After retiring, Gentry moved to Charlevoix where he purchased the well-known Lake Charlevoix Farm on Lake Charlevoix.  His hard work ethic paid off again as he spent many hours fixing up the neglected property.

On November 29, 1997, Gentry and his wife, AmyLou “Roxie” were married.  Their meeting was chance and destiny, as they met when her car broke down on the road in front of the farm.  They were able to enjoy more than 25 years together, several of which were spent at the Lake Charlevoix Farm in the summer months and in Scottsdale in the winter.

Gentry and Roxie enjoyed many good times together, making memories while entertaining friends at the farm.  He was an excellent cook and entertainer, and they enjoyed sharing that with others.  They were particularly known for their corn parties at the lake and time around the beach house.

He became well known in the Lake Charlevoix area for his annual entries in the Horton Bay parade, where he once ran for “Horton Bay King”.

Gentry enjoyed collecting antiques, Farmall tractors, boating and spending time at the lake.  His custom paddlewheel pontoon complete with a grill and a diving board was always a source of enjoyment.  Gentry will be remembered as a man who liked to have fun with his family and friends, but especially for the solid, honorable, trustworthy man he was.

Gentry is survived by his loving wife, AmyLou “Roxie”; his children, Patricia Meyer of Show Low, AZ, David (Kathy) Peevyhouse, Max (Margie) Peevyhouse and Len (Heather) Peevyhouse all of Phoenix, AZ; 11 grandchildren and many great grandchildren.  He was preceded in death by his parents; and a sister, Eleanor Pratt.

Arrangements are by Gaylord Community Funeral Home & Cremation Service.  Please share your memories and personal messages with the family on his guestbook below.

To order memorial trees or send flowers to the family in memory of Gentry T. Peevyhouse, please visit our flower store.