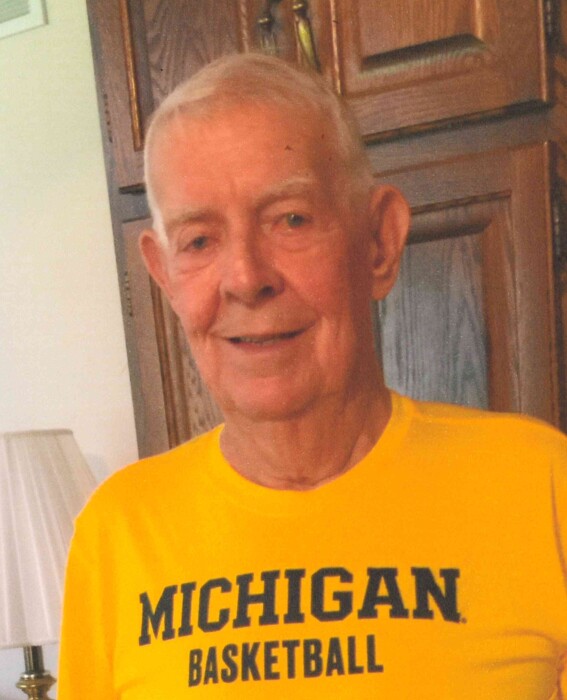 Gerald Gordon “Jerry” Loll, 82 of Gaylord, passed away on Friday, April 2, 2021 at Medilodge of Gaylord.

Jerry was born in Big Rapids, Michigan on January 22, 1939, the son of Gordon F. and Alma G. (Lawrence) Loll.  He grew up in Big Rapids with his parents and seven siblings, graduating from Big Rapids High School in 1957.

On September 19, 1959 Jerry was united in marriage to Judith Ann Guy in Roseville, Ohio.

Starting out working in the oilfields, Jerry later went to work at MichCon in 1964 which later became DTE Energy.  First working in Gaylord, he also worked in Big Rapids and Tawas City before coming back to Gaylord in 1983.  After a number of promotions, Jerry became the gas line manager from Clare to Mackinaw City.

He was an active member of Peace Lutheran Church as well as the Elks and Eagles.  In his spare time, he was an avid golfer, enjoying the camaraderie of his many golf friends at Gaylord’s many area courses.

Also surviving are his sister, Amy Tetzlaff of Big Rapids; brothers, Donald Loll of Big Rapids, Melvin Loll of Burt, Stanley Loll of Sand Lake, Scott (Betty) Loll of Montrose and Thomas Loll of Rochester; and many nieces and nephews.  In addition to his parents, he was also preceded in death by a brother, Robert Loll.

Arrangements are by Gaylord Community Funeral Home & Cremation Service.  Please share your memories and personal messages with his family at www.gaylordfuneralhome.com

To order memorial trees or send flowers to the family in memory of Gerald G. "Jerry" Loll, please visit our flower store.
Send a Sympathy Card