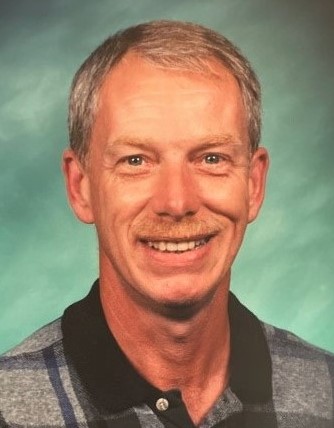 Born in Detroit, MI on April, 28, 1948, Jerry was the son of George and Clara “Boots” (Hatt) Witzman.  He grew up in Oakland County graduating from Waterford Township High School.

After graduating from high school, Jerry went to work at General Motors Fisher Body in Pontiac.  He was later drafted by the United States Army where he served his country honorably.

When he came home, he returned to Fisher Body, later transferring to the Orion Assembly Plant, retiring from GM in May of 1997.

On March 22, 1969, Jerry and Susan E. Caswell were married in Rochester Hills, MI.  They lived and raised their family in Waterford.

In retirement, they moved to Gaylord where Jerry and Sue have been members of The First Presbyterian Church.  Jerry was an avid golfer; he also enjoyed bowling, gardening and fishing.

In addition to Susan, his wife of 52 years, he is survived by daughters, Laura (James) Hillwig of Waterford and Elizabeth (Chris) Bombardo of Knoxville, TN; grandchildren, William Schloemp, Robert Richter, Ethan Hillwig, Katie, Kim and TJ Hayward, and Brooklyn and Kaleigh Bombardo; a sister, Suzanne Hysell of Traverse City and his nieces, nephews and other extended family.

Jerry was preceded in death by his parents; brothers, George, Patrick and Michael Witzman; a sister, Althea “Corky” Mersino; and a daughter, Leslie Hayward on November 4, 2018.

A memorial service will be held at 11:00 AM Friday, June 4, 2021 at The Gaylord First Presbyterian Church where visitation will begin at 10:00 AM.  Interment will be at a later date at Ottawa Park Cemetery in Clarkston, MI.  Those who wish are asked to consider memorial contributions in his memory to The Gaylord First Presbyterian Church, 513 Charles Brink Road, Gaylord, MI  49735 or to the Gerad Meteyer Foundation, 3200 Greentree Drive, Gaylord, MI  49735 or through paypal to meteyer@hotmail.com

To order memorial trees or send flowers to the family in memory of Gerald R. Witzman, please visit our flower store.
Send a Sympathy Card