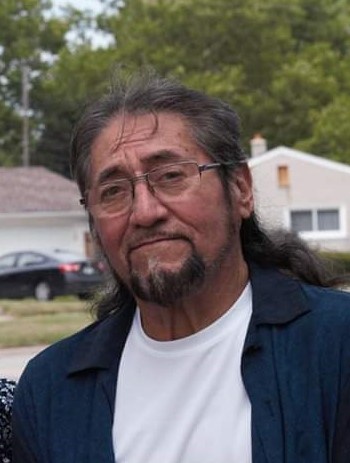 Born in Fort Worth, TX on December 20, 1938, Gil was the son of Everisto and Frances (Jimenez) Felan.

He joined the United States Air Force and eventually was stationed in Mount Clemens, MI.  It was in Mount Clemens that Gil met his future wife, Patricia A. Chalfant.  They were married there on June 25, 1960.

Gil and Pat lived in Mt. Clemens for a few years before moving to Sterling Heights where they raised their family.  Gil worked for 30 years for Chrysler Corporation, retiring in 1993 from the Sterling Heights Stamping Plant.  After retiring, Gil and Pat moved to Gaylord.

Gil was an avid pool player and he enjoyed playing golf.  He could often be found working around his home.Gil and Pat enjoyed traveling in their RV; they especially enjoyed winter trips to Texas.  He was a member of Fraternal Order of Eagles #1825 in Gaylord.

Surviving is Patricia, his wife of almost 60 years; his two daughters, Carolyn (Tye) Travers of Oconomowoc, WI and Elizabeth (Christopher) Goddard of Rochester Hills, MI; a granddaughter, Paris (Joe) Salkowski of St. Clair Shores; great grandchildren, Jakob and Izabella Salkowski of St. Clair Shores; brothers, Robert (Rowena) Felan of Fort Worth, TX and Charles (Rosie) Felan of Lake Jackson, TX; and several nieces and nephews.  He was preceded in death by his parents; a sister, Gloria Castillo and a brother, George Felan.

Arrangements for a memorial gathering are pending.

To order memorial trees or send flowers to the family in memory of Gilbert J. Felan, please visit our flower store.