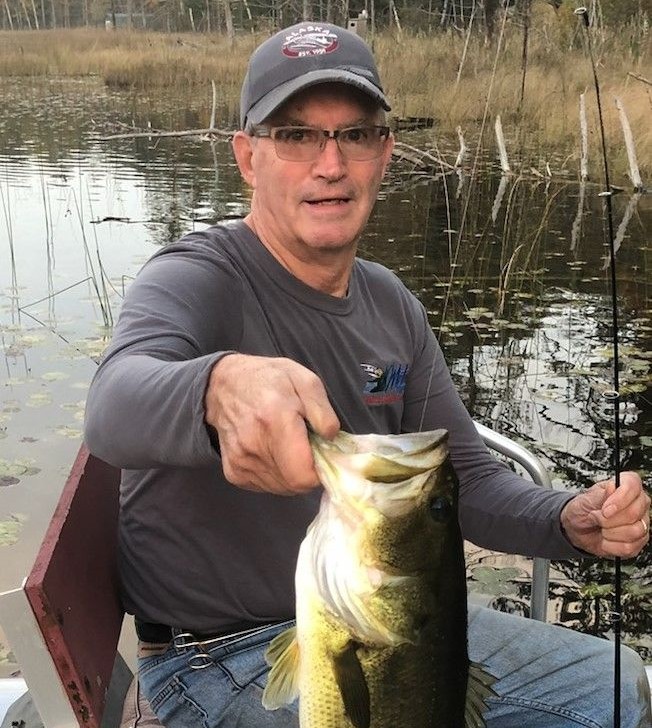 Glen was retired from Century 21 Real Estate in Lewiston, which he owned with his late wife, Mary.  As a community business owner, Glen was active in many civic and business organizations throughout the Lewiston area.

In his spare time, he was an avid fisherman who also enjoyed playing golf and curling, and he was a lifelong animal lover.

He is survived by his wife, Roberta, whom he married on April 25, 2019.  Also surviving are his stepsons, Brian (Sara) Currie and Michael (Robyn) Currie; grandchildren, Alex, Jackson, Finn, Wyatt and Hudson; a sister, Lynn (John) Meissner of Hartland; brothers, Ron (Phyllis) Alsobrooks of Meridian, ID, Chris (Carol) Alsobrooks of Livonia and Mark (Tammy) Alsobrooks of Gaylord; as well as several nieces and nephews.

Glen was preceded in death by his parents; and his first wife, Mary (Marciniak) Alsobrooks.

Memorial service arrangements are pending and will be announced later.  Those who wish are asked to consider memorial contributions in his memory to Elk Country Animal Shelter in Atlanta.

To order memorial trees or send flowers to the family in memory of Glen G. Alsobrooks, please visit our flower store.
Send a Sympathy Card