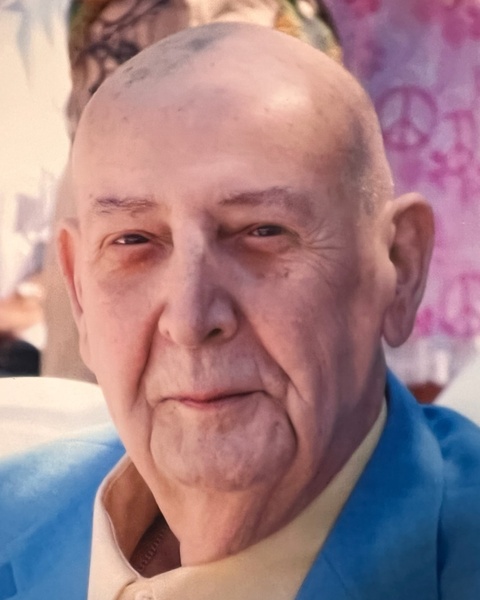 Born in Detroit, Michigan on February 8, 1932, he was the youngest child of eight born to George and Sarah (Coulson) Artress.

Glenn was a veteran of the United States Air Force, honorably discharged in 1950.

Before moving to Gaylord in 1964, Glenn spent some time as a truck driver, transporting new cars around the United States.  It was also during these earlier years that he began a lifelong career spanning over 60 years training dogs, starting at the Detroit Kennel Club.

After moving to Gaylord, Glenn became well known around northern Michigan as a dog trainer.  He taught classes for a number of organizations, including Gaylord Schools Adult Education.  Through his long career of 26 years with the Otsego County Sheriff’s Department, as a Sergeant and Canine Officer, he was a well-respected trainer of dogs for law enforcement; Glenn trained the first cadaver dog in the state of Michigan.  He was awarded the Police Officers Association of Michigan (POAM) Officer of the Year Award in the early 1980’s.  He was a Master Trainer with the National Association of Professional Canine Handlers (NAPCH) receiving a Lifetime Achievement Award, a charter member of Northern Counties Police Dog Association (NCPDA), United States Police Canine Association (USPCA), North American Police Work Dog Association (NAPWDA), Canine Search and Rescue (CSAR), National Police Bloodhound Association (NPBA), International Police Work Dog Association (IPWDA) and a member of the Michigan Sheriffs Association (MSA).

Away from work, Glenn and his wife, Eunice, were charter members of Peace Lutheran Church.  They gathered 3 generations of our family for every holiday, leaving us with wonderful lasting memories before Eunice passed on.  He was a Freemason and also contributed to many organizations in need through the mail.

Glenn was preceded in death by his wife, the love of his life, Eunice Gertrude (Miller), whom he married March 3, 1951, having the privilege of her love and devotion for 54 years.

Glenn is also survived by several nieces, nephews, and their extended families.

Visitation with the family will take place at Gaylord Community Funeral Home & Cremation Service Tuesday, September 20th, 4:00pm-7:00pm.  Funeral services will be held at Peace Lutheran Church in Gaylord Wednesday, September 21st at 11:00am, where visitation will begin at 10:00am.  Burial will follow at Hayes Township Cemetery where Glenn will be laid to rest beside his beloved wife, Eunice. A luncheon will be held after the graveside service at Peace Lutheran Church.

The family wishes to thank Dr. Donald (Marlene) Cousineau and staff for decades of loving and compassionate care, the assistance provided by the Otsego County Commission on Aging in recent years and the kindness of the Crawford Continuing Care Center (CCCC) staff in Grayling, MI where he spent the last few months of his life.

To order memorial trees or send flowers to the family in memory of Glenn Arnold Artress, please visit our flower store.