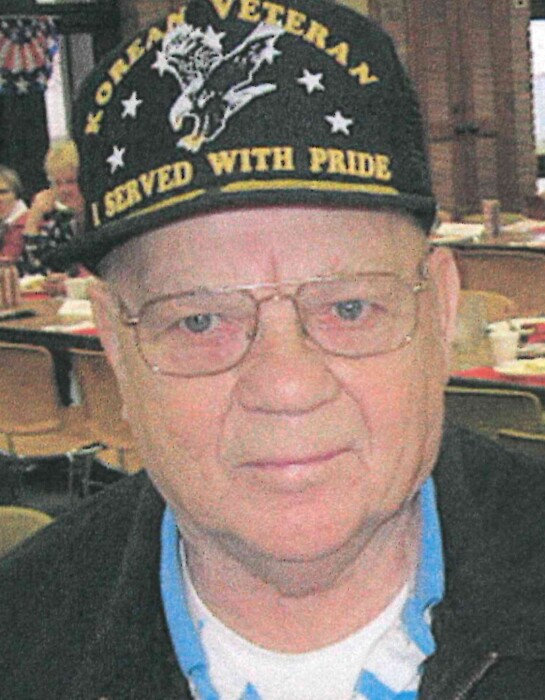 He served in the United States Army during the Korean War.  He was discharges on May 21, 1952.  He was a life member of Disabled American Veterans and Military Order of the Purple Heart.  He was also a former member of the Veterans of Foreign Wars.

Harold was an avid baseball fan and he enjoyed doing most anything mechanical.

Surviving are his sons, Raymond Barker of Gaylord, Keith Barker of Reidsville, North Carolina, Randy Barker of Gaylord and Jeffrey (Catherine) Barker of Gaylord; three “adopted daughters”, Jean Kark, Deon (Ted) Hagley and Linda (Robert) Deck; 12 grandchildren and 11 great grandchildren; a sister, Shirley Neeley of Jefferson, Georgia and their family.  In addition to his parents and his wife, Harold was preceded in death by sons, Douglas and Steven Barker; brothers, Russell, Vernon and Dale Barker; a sister and brother-in-law, Lois and Ralph Ziegler and by his brother-in-law, Horace Neeley one day earlier on June 24, 2020.

Friends are invited to visit with the family from 11:00 AM-1:00 PM Monday, June 29, 2020 at Gaylord Community Funeral Home & Cremation Service followed by a service for family and his closest friends at 1:00 PM.  (Due to the current Covid-19 restrictions in place, funeral gatherings are limited to seating 50 people).  Those who wish are asked to consider memorial contributions to the Korean War Veterans Memorial at nps.gov/kowa/getinvolved/donate.htm

To order memorial trees or send flowers to the family in memory of Harold W. Barker, please visit our flower store.
Send a Sympathy Card