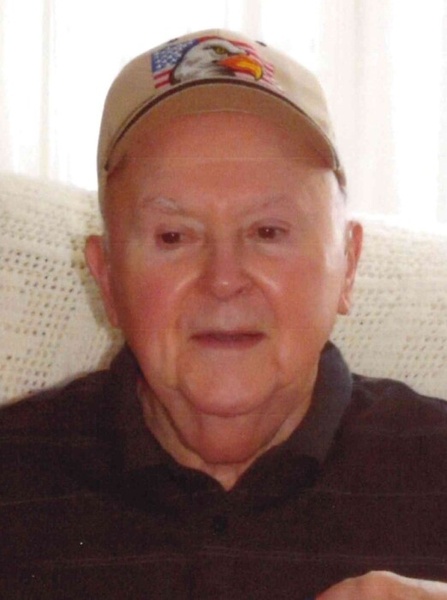 Born in Detroit, Michigan on January 18, 1937, he was the son of Stanley and Rose (Kasiowniak) Wegrecki.  Raised in Detroit, Harry graduated from St. Hedwig High School in 1954.  Upon graduation, he went to the Franciscan Seminary for two years and he attended Loyola University in Chicago.

In 1959, Harry joined the United States Army which he proudly served.  He was honorably discharged in August of 1961.

After returning to Detroit, Harry and Barbara Ann Rypkowski met on a blind date and they were married in Detroit at Our Lady Queen of Angels Catholic Church on November 24, 1962.

Harry went to work at American Motors which later became part of Chrysler Corporation.  He had a long career with Chrysler until his retirement in 1992.  Harry and Barb had moved to Gaylord prior to his retirement and they have called Gaylord their home for the last 32 years.  In retirement, Harry worked for seven years at Glen’s Market in Gaylord.

Harry lived his faith which was an integral part of his life.  He was a 3rd degree member of the Knights of Columbus and the Altar Rosary Society at St. Mary Cathedral.  He was also a member of the Gaylord Elks and a life member of Disabled American Veterans.

Harry is survived by Barbara, his wife of almost 58 years; two sons, Kevin (Joyce) Wegrecki of Trenton, MI and Craig (Lanette) Wegrecki of Manton, MI; four grandchildren and one great grandchild; as well as many nieces, nephews and other extended family members.  In addition to his parents, he was preceded in death by a son, Keith Wegrecki in 1998 and by brothers, Walter and Joseph Wegrecki.

Harry’s family will visit with friends beginning at 10:00 AM Wednesday, August 12, 2020 at St. Mary Cathedral where a Mass of Christian Burial will follow at 11:00 AM.  Interment with military honors will follow at St. Mary Cemetery.  Those who wish are asked to consider memorial contributions in Harry’s memory to Compassus Hospice.

To order memorial trees or send flowers to the family in memory of Harry Joseph Wegrecki, please visit our flower store.