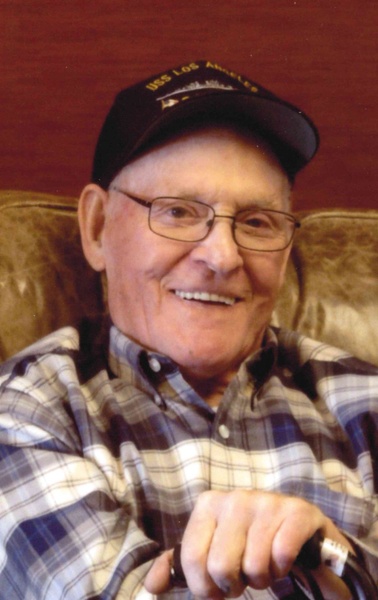 James William Tulgetske, 87 of Pevely, Missouri and formerly of Gaylord, passed away Wednesday, January 19, 2022 at Mercy Hospital Jefferson in Festus, MO. Born in Rogers City on December 24, 1934, he was the son of Thomas and Violet (Johnson) Tulgetske.

On January 2, 1952, at the age of 17, Jim enlisted in the United States Navy and served aboard the Heavy Cruiser USS Los Angeles during the Korean War. Later he served on the United Nations Command Honor Guard in Tokyo, Japan. During his tour of duty in Japan he met and married his wife Hisako (Judy). Once discharged from the service he brought his family back to Michigan. They eventually settled Gaylord where he operated the Clark Gas Station for many years. He enjoyed talking with the locals that would come in and out of his business daily. He was always tinkering with something and loved his homemade crafts. Jim was very proud of his involvement with the Ralph Holewinski VFW Post #1518.

Funeral services will be held at 12:00 PM Thursday, January 27, 2022, at Gaylord Community Funeral Home & Cremation Service where visitation with the family will begin at 10:00 AM. Burial will take place in the spring at St. Ignacius Mt. Calvary Cemetery in Rogers City. Those who wish are asked to consider memorial contributions to the Ralph Holewinski VFW Post 1518, P.O. Box 1826, Gaylord, MI 49734. Please share your memories and personal messages with the family on his tribute wall.

To order memorial trees or send flowers to the family in memory of James W. Tulgetske, please visit our flower store.