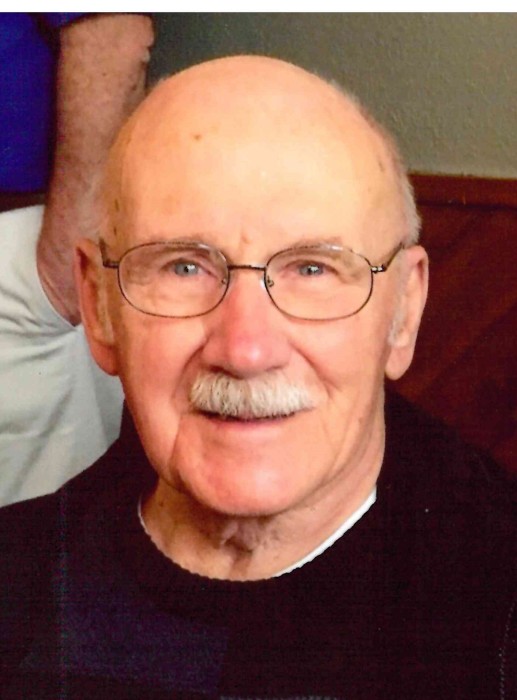 James Erwin Bartlett, 91 of Gaylord, passed away on Wednesday, April 8, 2020 at Medilodge of Gaylord.

Jim was born in Highland Park, Michigan on August 13, 1928 and graduated from Cooley High School in Detroit.

He served honorably in the United States Army from 1952-1954 with the 59th Engineer Construction Company.

After his military service, Jim went to work at Ford Motor Company where he worked for many years.  After retiring he moved to the Gaylord area where he met and later married Mona (Gocha) Grusczynski.

Jim was an avid bowler who also enjoyed ice skating and spending time with family and friends.

Surviving is his wife, Mona; her children, Janet Lewandowski, Cindy (Stanley) Krasucki, Rita Lindahl, Joe (Eva) Grusczynski and Connie (John) Hunter; his children, Debbie (Chris) Cook, James Bartlett and Robert Bartlett; and many grandchildren and great grandchildren.  He was preceded in death by his first wife, Dorothy in 1988 and by Mona’s daughter, Phyllis Roberts in 2017.

Due to current restrictions, the immediate family will gather for a memorial service at 1:00 PM Wednesday, April 15, 2020 at Gaylord Community Funeral Home & Cremation Service.  The service will be live streamed and available for viewing at www.gaylordfuneralhome.com/obituary/JamesE-Bartlett or www.facebook.com/gaylordfuneralhome.  Please join the family in this way if you are able.

Interment with military honors will be held later at Great Lakes National Cemetery in Holly.

Arrangements are by Gaylord Community Funeral Home & Cremation Service.  Please share your memories and personal messages with the family at www.gaylordfuneralhome.

To order memorial trees or send flowers to the family in memory of James E. Bartlett, please visit our flower store.
Send a Sympathy Card