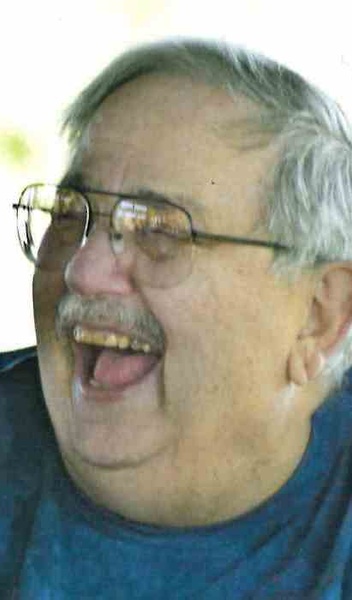 James Lee Baldwin, 72 of Cheboygan, passed away Thursday, June 6th with his

family by his side.  Jim was born October 12,1946 in Miami Florida  to Emmett

and Mary Baldwin the youngest of their three sons.

Jim proudly served his country in the United States Air Force from 1966-1970.

Louisiana.  After the Air Force Jim and his wife moved back to their childhood

hometown of Cincinnati, Ohio and he went into retail sales managing Woolworth's

stores in Cincinnati, Taylor Michigan and then finally Cheboygan .   When

Woolworth's closed in Cheboygan,  Jim and his family had fallen in love with the

Rivertown Cargo in 1984.  As his children were getting older Jim and his family

City (1994).  Soon after that they closed Rivertown Cargo in Cheboygan.  Jim

Jim's number one priority in life was his family.  They enjoyed many trips and

outings together making wonderful memories that will be cherished forever.  Jim

always had new ideas and he always had a plan for everything .   His favorite

which reflected in his successful businesses. During retirement Jim  enjoyed

spending time with his grandchildren, watching their hockey games and working in

his woodshop building things.  He was involved in the Cheboygan Downtown

He is survived by his three children, Gina (Chris) Golec of Highlands Ranch, CO.,

Addyson, Ava and Kaden; his significant other, Denise Clark and his brother, Dan

He was preceded in death by his parents; his wife, Sherry and his brother, Bob

Benton Township Hall. In lieu of flowers, donations can be made to Cheboygan

Cremation Service is handling the arrangements. Please share your memories and

personal messages with the family at www.gaylordfuneralhome.com

To order memorial trees or send flowers to the family in memory of James L. Baldwin, please visit our flower store.