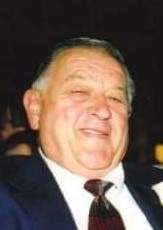 James William Powers was born April 13, 1937 in Chicago Illinois.   He spent most of his life in Northern Michigan living, working and raising his family in the Gaylord/Elmira area.  Jim, as he was known to many passed unexpectedly on his way to an adventure with friends on September 27, 2019 of natural causes.

He was a business owner and adventurer, great friend and above all a family man.   A tough man that lived every minute of life, he took a moment to get to know but once you did, you wouldn’t regret it.  Jim had stories from every corner of the United States.

From Sailing in the Bahamas, to watching Secretariat win the Kentucky Derby, to visiting friends and making new far and wide.  Jim worked hard and played hard being an active member of the Gaylord Elks and Eagles groups. Along with enjoying snowmobiling, tinkering in his machine shop, fishing, boating and much more.  He will be dearly missed.

A memorial Service will be held at BJ’s Catering Hall, 990 N Center Ave, Gaylord, MI 49735 on Thursday, October 3, 2019 from 2pm to 5pm, Friends and Family are all welcome to join us in celebrating the amazing life Jim lived.  Food and Refreshments will be available.

To order memorial trees or send flowers to the family in memory of James William Powers Jr., please visit our flower store.