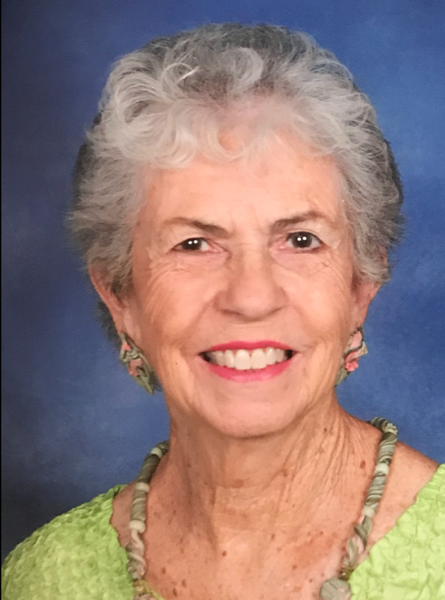 Janet Dorothy Holland, 78 of Alanson, passed away on Monday, October 7, 2019 at McLaren Northern Michigan in Petoskey.

Born on September 12, 1941 in Owosso, Michigan, Janet was the daughter of Robert J. and Bernice A. (Rondo) Sparkia. She grew up in Corunna where she graduated from Corunna High School in 1959.

Janet received her Bachelor’s degree in teaching from Michigan State University and later her Masters degree in counseling from the University of Michigan. She enjoyed a long career in education, spending most of those years as a teacher and counselor at Southfield High School and later as a counselor at Walled Lake Western High School. She retired in 1998.

On April 18, 1964, Janet married the love of her life, Lawrence Holland. They lived and raised their two daughters, Kimberly and Sandra in Detroit, Michigan.

Larry and Jan purchased property in Alanson in 1968, building a home there in 1978. They enjoyed summers there while the girls were growing up, and made it their home when retired. During their retirement they enjoyed spending winters in Scottsdale, Arizona for fifteen years and the last five years in Panama City, Florida.

Janet loved her family and especially enjoyed her grandchildren. She was always involved in and planning activities with her grandchildren, and she loved every minute of it. She loved to golf and was a member of Birchwood Farms Golf and Country Club, Jan also enjoyed knitting and sewing, reading and playing Words with Friends and traveling. In retirement Jan and Larry enjoyed traveling with friends around the country and abroad.

Her faith was an important part of her life. She and Larry are members of Holy Childhood of Jesus Catholic Church in Harbor Springs, and participated in several Bible Study groups.

She is survived by her loving husband, Larry; her daughters, Kimberly (Garrett) Gauvain of Laguna Beach, CA and Sandra Phillips of Alanson; grandchildren, Alex, Nicole, Marissa, Taylor Ann and Colin; her sister, Sandy (Tom) DeSantis of Charlotte, MI and their two children. She is also survived by Larry’s two brothers, Gary (Lynn) and Richard (Karen) and their children.

A Mass of Christian Burial will be held at 11:00 AM Saturday, October 26, 2019 at Holy Childhood of Jesus Catholic Church in Harbor Springs where the family will be commemorating Jan’s life beginning at 10:00 AM in the Church Narthex. There will be a luncheon which will follow the service. In lieu of flowers, memorial contributions may be made in Janet Hollands name to; Christ Child Society of Northern Michigan, P.O. Box 132, Harbor Springs, MI 49740

Arrangements are by Gaylord Community Funeral Home & Cremation Service. Please share your memories and personal messages with the family at www.gaylordfuneralhome.com

To order memorial trees or send flowers to the family in memory of Janet D. Holland, please visit our flower store.