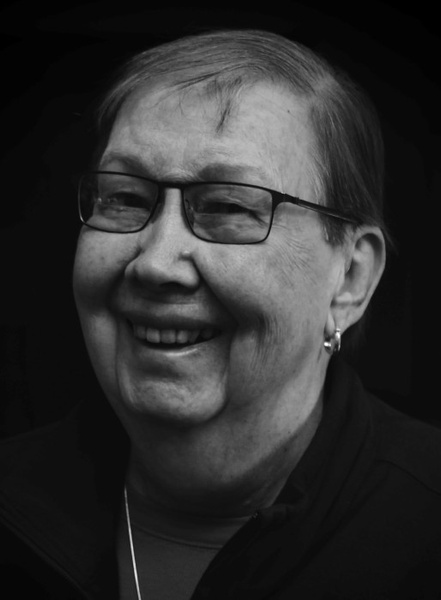 Born in Hancock, Michigan on August 21, 1937, Janet was the daughter of Carl and Ellen (nèe Juntilla) Nikula. She was very proud of her Upper Peninsula Finnish heritage.

Janet lived for several years in Alabama where she raised five children while receiving her Bachelor’s and Master’s Degrees in Nursing from the University of Alabama-Huntsville. She went on to become a Certified Nurse Practitioner, teaching nursing at Michigan Tech University in Houghton, then working many years at the VA Medical Center in Salt Lake City. After returning to Michigan, she worked at the Burns Clinic in Rogers City until retiring 20 years ago.

Janet was a member of St. Andrew Episcopal Church in Gaylord. A voracious reader who would often read several books a week, she enjoyed volunteering at the Otsego County Library. She also enjoyed knitting, cross stitch, and a good movie or TV series, especially BBC mysteries.

Janet is survived by her children, Robert Chynoweth of Gaylord, Andrew Chynoweth, Jayna Baker and Michael Chynoweth all of Huntsville, AL and James Chynoweth of Kamiah, ID; four grandchildren and several great grandchildren; sisters, Linda Peterson of Ishpeming and Martha Rooney of Mesa, AZ; and several nieces and nephews. She was preceded in death by her parents Carl and Ellen as well as a sister, Carol Thorstenson.

A memorial service will be held Thursday, March 12th at 11am at St. Andrew Episcopal Church where the family will visit with friends beginning at 10am.  Interment in the church memorial garden will follow in the spring. Those who wish are asked to consider memorial contributions in Janet’s memory to the church or Otsego County Library.

To order memorial trees or send flowers to the family in memory of Janet N. Chynoweth, please visit our flower store.