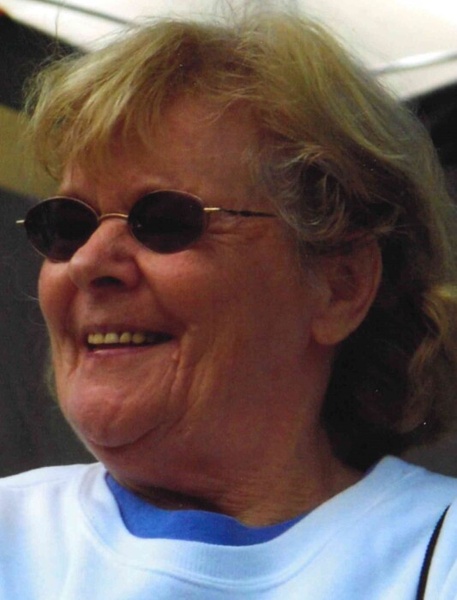 Born in Harrisburg, IL on April 16, 1932, she was the daughter of Charles and Anna (Dudonis) Fredericks.  Joan moved from Illinois to Michigan with her family, settling in Pontiac.

Joan married Everett L. Brown.  They lived and raised their family in the Pontiac area.  Later after Everett retired, they moved to Gaylord in 1976.  Everett preceded her in death.

Joan enjoyed being a stay-at-home mom, raising and caring for her family, who always came first.  In her spare time, she enjoyed baking, gardening, and feeding the birds and animals around her home.

Surviving are her children, Catherine (Donald) Eggert of Waterford, Timothy (Bethany) Brown of Gaylord, Patricia (Scott) Stowe of Cedar and Lori Sue Brown of Goodrich; many grandchildren, great grandchildren, and great great grandchildren; four sisters and many nieces and nephews.  In addition to her husband, she was preceded in death by sons, David Lee Brown, Steven Dale Brown, and Patrick Lewis Brown; five brothers and one sister.

In keeping with her wishes, her family will have a private family visitation followed by burial at Ottawa Park Cemetery in Clarkston.

Those who wish are asked to consider memorial contributions in her memory to Compassus Hospice.

To order memorial trees or send flowers to the family in memory of Joan Brown, please visit our flower store.
Send a Sympathy Card