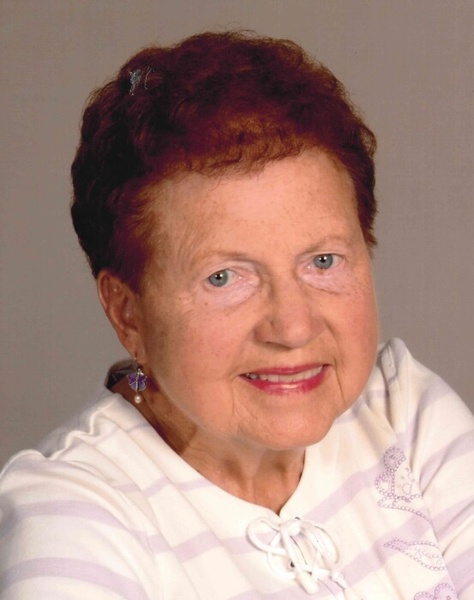 Joan C. Bigelow, 84 of Wolverine, passed away Sunday, September 5, 2021 at her daughter’s home in Wolverine.

Born in Detroit, Michigan on December 17, 1936, she was the daughter of Robert M. and Dorothy R. (Summers) Chalkley.

Joan attended and graduated from Western High School in Detroit.  It was here she met Gerald L. “Jerry” Bigelow, her high school sweetheart.  They were married in Allen Park on April 9, 1955.

Joan and Jerry lived in Allen Park where they raised their family.  Joan worked at Ford Motor Company for a time and also in banking.  Her last job, that she enjoyed most, was as a church secretary.

After retiring, Joan and Jerry moved north, settling at Silver Lake in Wolverine.  Silver Lake was near and dear to them and was a part of their lives for many years.

Joan enjoyed any opportunity to spend time with her family.   She was also an avid reader and enjoyed vacationing in Florida.  Joan and Jerry were active members of Trinity Lutheran Church in Gaylord.

She is survived by her daughter, Christine (Tom) Davis of Wolverine; her son, James (Jennifer) Bigelow of Howell; grandchildren, Brian, Shelby and Sam; a great grandson, Dakota; her sister, Judy Gee of Wolverine; several nieces, nephews and cousins.  She was especially close to her cousin, Donna Hanna of Wolverine, who also survives.

Joan’s family will visit with friends from 3:00-8:00 PM Thursday, September 9, 2021 at Gaylord Community Funeral Home & Cremation Service.  Funeral services will be held at 11:00 AM Friday, September 10, 2021 at Trinity Lutheran Church in Gaylord where visitation will begin at 10:00 AM.

Those who wish are asked to consider memorial contributions in her memory to Trinity Lutheran Church.

To order memorial trees or send flowers to the family in memory of Joan C. Bigelow, please visit our flower store.