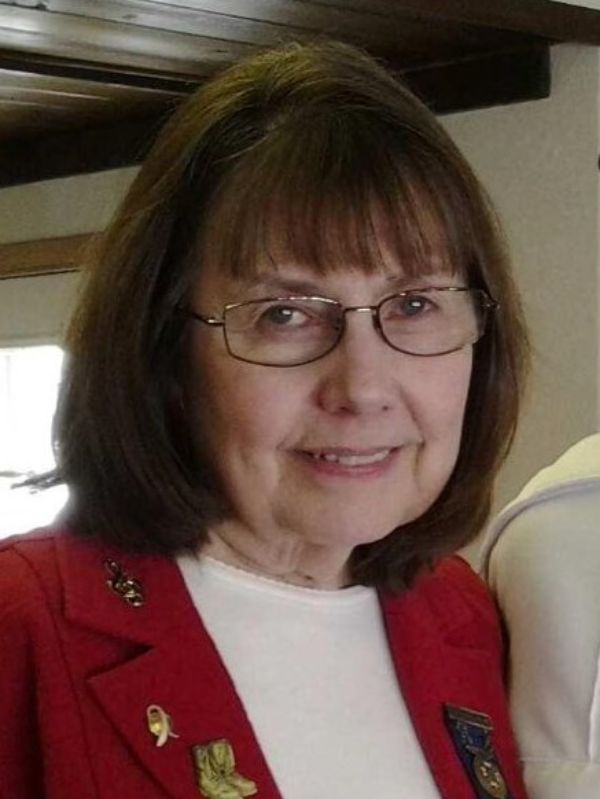 Joann Nettie Goldsborough passed into the arms of her Lord and Saviour on January 27, 2022, at Otsego Memorial Hospital, Gaylord, MI.

She was raised by her loving mother and grew up living in one of the historic Hampden rowhouses of Baltimore, Maryland.   Joann carried her distinctive “Baltimorese” accent throughout her lifetime.  She graduated from Eastern High School in Baltimore in 1965 and went on to use her secretarial and administrative skills in many different occupational positions, including administrative legal assistant in Baltimore.   She was a master typist and could type a “bazillion” words per minute.

Joann was a devoted supporter and caretaker for the last ten years of her mother’s battle with dementia.  After her mother’s death in 1991, Joann met the love of her life, C. Fenner Goldsborough, and they were married on November 28, 1993, in Baltimore.  Joann and Fenner eventually sold the Hampden rowhouse and moved to Keymar, Maryland, and then Great Cacapon, West Virginia.  During their years together Joann worked tirelessly with Fenner in both sales and in his para-legal endeavors.

In September of 2007, Joann and Fenner made their final move from West Virginia to Gaylord, Michigan, to spend the rest of their lives closer to family.  They were heartily welcomed and soon endeared themselves to the community.

Joann was fiercely and passionately loyal to her family, her friends, and the causes in which she believed.  She was an avid supporter of many organizations and was especially engaged in providing for the less fortunate/abandoned ones in both the human and animal world.

She was a faithful member and supporter of Grace Baptist Church of Gaylord where she served in different capacities, including music, nursery, and especially participation in Bible studies and services at several different nursing homes in the community.  Joann was an active member of the local VFW auxiliary where she held the office of chaplain and hospital committee chairman.  She and Fenner epitomized their creed of “God and Country.”  Their vehicle was well-known in town with its topside banner “Faith, Family, Friends.”

And then, she was the beloved “GG Jo” to her ten great-grandchildren: Landon, Riley, Conner, Marshall, Serenity, Lydia, Hunter, Zachary, Dylan, and Cohen Goldsborough.  She was joyously anticipating the expected arrival of number eleven in April.

A memorial service will take place 11:00 AM Tuesday, February 8, 2022 at Grace Baptist Church where the family will visit with friends beginning at 10:00 AM. In lieu of flowers, those who wish are asked to consider memorial contributions to Grace Baptist Church or to the Otsego County Animal Shelter. Please share your memories and personal messages with the family on Joann's tribute wall.

To order memorial trees or send flowers to the family in memory of Joann N. Goldsborough, please visit our flower store.
Send a Sympathy Card