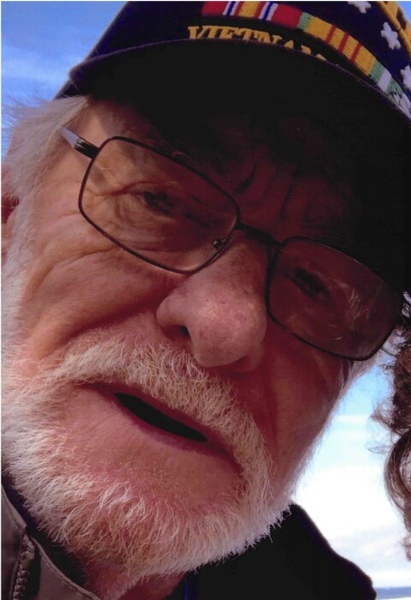 Joe P. Johnston, 71 of East Jordan, passed away Saturday, July 4, 2020 at McLaren Northern Michigan from complications of exposure to Agent Orange. Born in Alpharetta, GA., he was the son of John and Portia (Ethridge) Johnston.

Joe proudly served his country in the United States Marine Corp from 1966 -1970, where he received a Bronze Star with a Combat V. For his entire career, he worked as an Electrical Manager on industrial construction projects. He and his wife traveled all over the country for several years working alongside one another on large projects. He was a member of the F.O.E. Aerie 1005 for 28 years in Crawfordsville, IN. He loved his dogs Rosie and Boomer. He enjoyed camping, fishing, tinkering around while fixing things. He was a wonderful man that will be greatly missed.

He is survived by his wife Velma of 41 years; his son, Jacob (Jennifer) Johnston of East Jordan; his daughter, Jodi (Tim) Elzey of Dallas, GA; his grandson, Josh Johnston of Ann Arbor; his brother, Jerry (Linda) Johnston of Smyrna, GA, Sister-in-law Bert Johnston of Smyrna and several nieces, nephews and cousins.

He was preceded in death by his parents; his brothers, Emory and Harold; and his nephew, Ricky.

In keeping with his wishes, the family will remember Joe privately.  A memorial gathering will be planned for a later date.  Those who wish are asked to consider memorial contributions to Wounded Warrier Project or your local Humane Society.

To order memorial trees or send flowers to the family in memory of Joe P. Johnston, please visit our flower store.