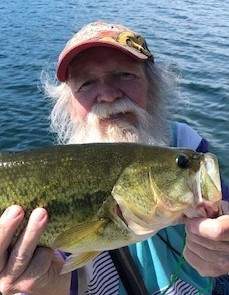 Born on December 19, 1954 in Kalamazoo, Jon was the son  of John and Sandra (Baldwin) Hornbeck.  He was raised by his “grandma”, Royena Hornbeck in Kalamazoo, and graduated from Kalamazoo Central High School in 1972.

Jon was a hard worker throughout his life.  If he wasn’t busy working in property management at one of the largest apartment complexes in southwest Michigan, he was working diligently to make his lake side resort a place for many to enjoy over the years.

As a child, Jon was an active member of boy scouts.  As he grew up he gained an appreciation for music and social gatherings, through which he made many life-long friends, with many referring to Jon as their “brother”.  Jon had a kind soul and he was a man of integrity.  A man of few words, when he did speak, those around him would listen to his wisdom.  His many hobbies included golfing, fishing, skiing, working on his street rod, attending car shows and riding his BMW motorcycles.  He was also a member of the Wolverines Chapter of the Antique Motorcycle Club.

Jon had been married to his pride and joy and the absolute love of his life, Kathy (Madden) Hornbeck for 38 years.  He could not have been more proud of his two sons and their families, Sean (Tiffany) Hornbeck and Michael (Andrea) Hornbeck; and his grandchildren, Owen, Max and Eli, who will miss their “papa” dearly but have many fond memories to hold on to.  They will carry on his legacy of enjoying all that nature and adventure has to offer.  Also surviving are his siblings, Jimbo, Jay, Joy and Julie and many nieces and nephews.

Jon’s family will remember him with a private celebration of his life at a later date.

Memorial contributions can be made to the McLaren Northern Michigan Hospital Foundation.

To order memorial trees or send flowers to the family in memory of Jon L. Hornbeck, please visit our flower store.