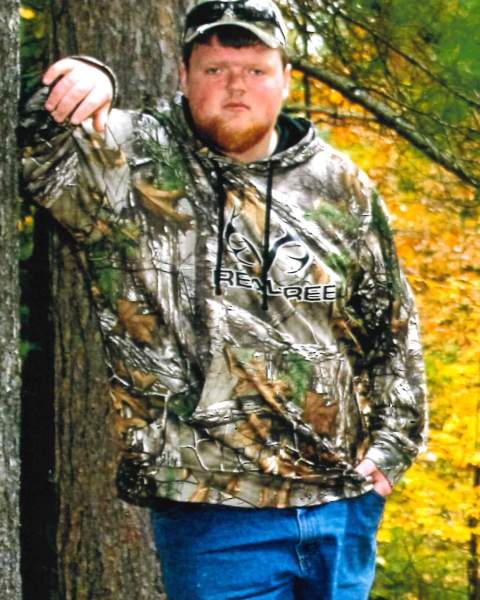 Joseph Patrick Hanback, 24 years old from Vanderbilt, Michigan, went to be with God on November 7, 2022, at Henry Ford Hospital, Detroit, Michigan, surrounded by his loving family.

Joseph was born on April 14, 1998, to Rhonda and Raymond Joseph “Joe” Hanback. He was their youngest child, and a true blessing for them and all their family and friends.

Even as a young child, Joseph was everyone’s friend. He loved to ride his four-wheeler, play video games, and spend time with his family. As a teen, he was a loyal fan of the Detroit Tigers, the Detroit Pistons, and the Golden Gate Warriors. He loved sports, especially basketball and baseball and was a great team member on both Wolverine Wildcat teams during his high school years. He graduated from Wolverine High School in 2017.

Joseph loved having fun. He especially enjoyed fishing in the local lakes. For the past few years, he participated in Bump and Run competitions, winning first prize in his division in a Bump and Run race in Gaylord during the summer of 2020. He and his best friends enjoyed working on their cars to get ready for the races, spending lots of time together working and joking around with each other.

In lieu of flowers, please direct any gifts to Rhonda Hanback, 9827 Old 27 N., Vanderbilt, MI 49749. Please share your memories and personal messages with the family on his guestbook below.