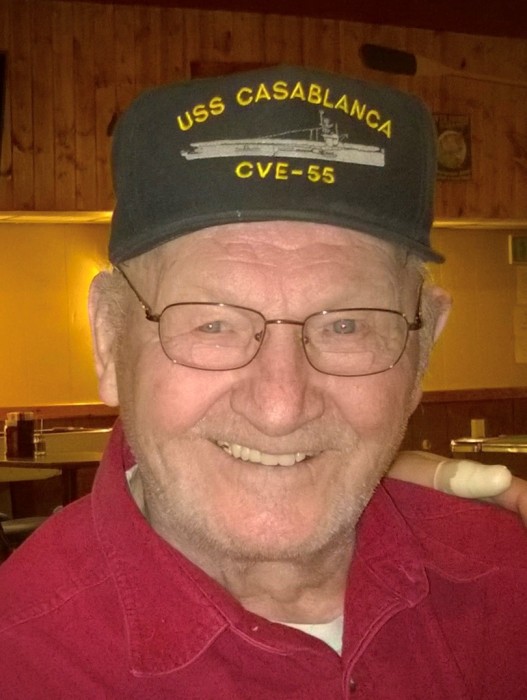 Joe was born on January 4, 1924 in Flint, MI, to parents Michael and Elizabeth (Lazar) Zofchak. Joe was the 8th of 12 children. He was preceded in death by 8 of his siblings. Joe attended Flint Northern High School where he was proud to have contributed to a successful basketball program making it to the state finals.

Joe was employed by the Buick Motor Division in 1941 and in 1943, at age 19, Joe enlisted in the US military along with 3 of his brothers to serve in WWII. A Navy man, Joe served aboard the USS Casablanca CVE-55 escort aircraft carrier serving in the Pacific theatre. Always a hard worker, Joe began as a deckhand and progressed to baker 2nd class. He served until 1946 and returned to Flint to resume his employment with Buick where he advanced to skilled trades as a journeyman tinsmith. He retired in 1981.

In 1949 Joe married Mary Elizabeth Trosko at St. Michael Byzantine Catholic Church in Flint, Michigan. Together they raised two children, Sue and Joe, built a home in Flushing, MI in 1967 and lived there until 2012, when they moved to Petoskey, MI.

Joe enjoyed several hobbies including woodworking, gardening, mushrooming, fishing (including making his own fishing lures), and hunting. He was very involved in the planning and execution of yearly week-long fishing trips to Canada with his brothers, cousins and immediate family. Joe, along with the help of his brothers built a cottage near Higgins Lake, MI when he returned from WWII. Many hunting and fishing trips (including epic ice fishing trips) were spent there along with happy family outings.

Coming from a large resourceful family greatly influenced Joe’s life. They were always there to help one another and never shied away from tackling challenging tasks. He carried on that trait his entire life, befriending many people over the years. He was greatly loved by many.

To order memorial trees or send flowers to the family in memory of Joseph Zofchak, please visit our flower store.