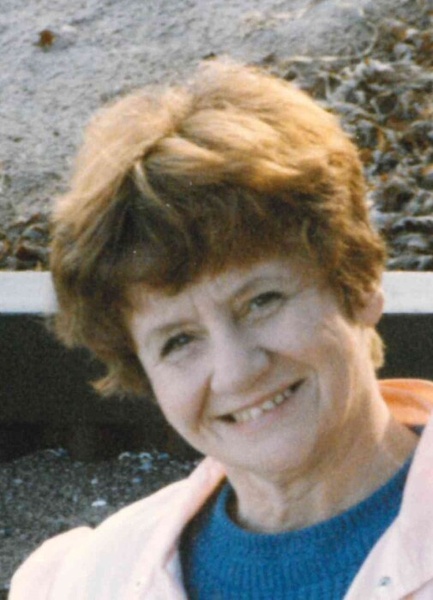 Born on March 20, 1940 in Wyandotte, Michigan, she was the daughter of Joseph and Ann (Walus) Magyar.

Judy worked as a dental assistant for several years, having received her training at the University of Detroit.  Later she went back to school again, receiving a degree as a dietary manager and spent the remainder of her career working in nursing homes.

Judy and Tom built their home on Bradford Lake in Frederic in the early 1990’s.   After moving up north, Judy went to work as Dietary Manager at Tendercare in Gaylord.

Judy was a parishioner at St. Mary Cathedral in Gaylord.  She was an avid gardener, having received her Master Gardener certification.  She also enjoyed out-fishing her husband.

Judy is survived by Tom, her husband of 59 years; her sons, Thomas (Sally) of Fort Collins, CO, Gregory (Diane) of Littleton, CO, Barry (Alyssa) of Raleigh, NC, and Jonathan of Lavergne, TN; grandchildren, Sarah, Nathan and Ryan; a sister, Ann Marie (Vaughn) Wahl of Birmingham, AL; and several nieces and nephews.  She was preceded in death by her parents and a sister, Joyce.

Those who wish are asked to consider memorial contributions to her family to assist with final expenses by selecting the “Donations” tab at the top of this page.

To order memorial trees or send flowers to the family in memory of Judith Ann McIntyre, please visit our flower store.